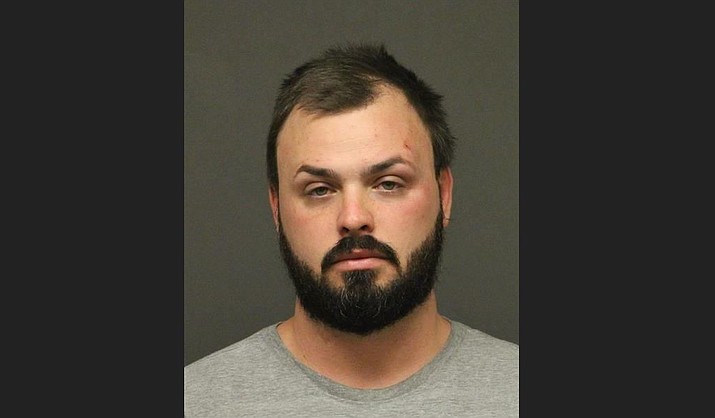 At approximately 9:05 p.m. Thursday, officers responded to a call in the 3000 block of North Evans Street regarding a physical domestic disturbance at a residence that reportedly involved a male subject hitting a female subject with a vehicle.

Officers arrived on scene and found the male subject, identified as Amaral, still in the vehicle that was inside the residence, and a female trapped under the vehicle in the kitchen. Amaral, ignored officers’ commands, but was ultimately taken into custody.

Officers moved the vehicle off of the 24-year-old female victim so medical treatment could be provided by Kingman Fire Department.

The female victim was transported to Kingman Regional Medical Center with serious injuries to her leg and arm. While officers were taking Amaral into custody, he mentioned his child was in the home.

Officers found a 6-month-old infant in a crib in a bedroom about 8 feet from where the vehicle stopped in the kitchen. The infant was uninjured during the incident.

The investigation revealed that Amaral was intoxicated, and a domestic dispute ensued between Amaral and his girlfriend in which he punched a television and threw it, damaging several items in the residence.

Amaral exited the residence with his keys, and drove his SUV style vehicle through the garage and into the kitchen of the residence where he struck his girlfriend with the vehicle, according to the police report.

Amaral was treated and cleared by Kingman Fire Department for minor injuries received on his hand while being taken into custody. Amaral allegedly admitted his involvement and was booked into the Mohave County Adult Detention Facility without incident.

The vehicle was towed from the scene. Kingman Fire assessed the structural damage to the home caused from the vehicle and determined it was safe. The home was secured by a relative.