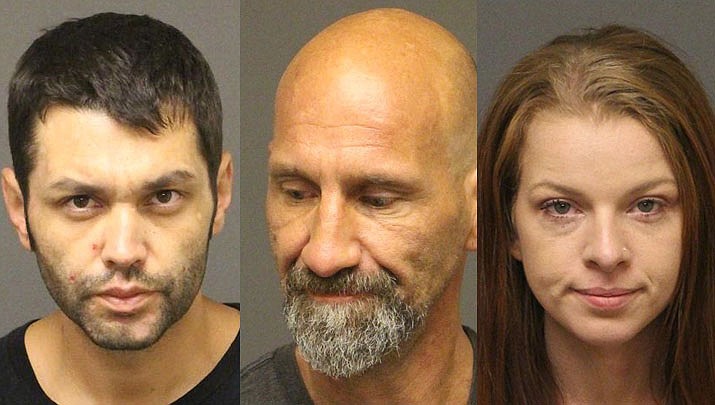 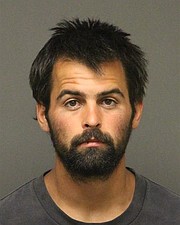 Don Earl Kelso, 25, of Needles, California, was charged with aggravated assault on a detention officer Monday at Mohave County Jail.

Deputies were called to the jail at about 6:45 p.m. and talked with detention officers who said Kelso left his cell without permission during the transport of another prisoner.

He refused directions to get back in his cell, and when officers stepped in to move him into the cell, he kicked one officer in the leg and struck him in the face.

Several other officers moved in and helped gain control of Kelso, who was then forced back into his cell. The detention officer was not injured. 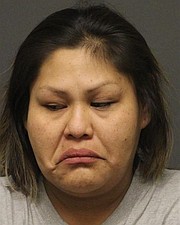 Mohave County Sheriff’s Office deputies observed a silver vehicles fail to stop at a stop sign and conducted a traffic stop. Deputies made contact with the driver, identified as Yazzie, who advised the vehicle’s documents were in the trunk of the car.

While searching for the documents, deputies observed a metal smoking pipe in the passenger seat and Yazzie allegedly admitted to smoking marijuana about an hour prior.

Deputies detected the odor of an intoxicating substance coming from her and placed her in restraints. A search of the vehicle revealed two smoking pipes, marijuana, marijuana oil, and a prescription pill bottle not belonging to Yazzie.

A search of Yazzie’s wallet revealed a baggie containing 1.5 grams of methamphetamine. A breath test was conducted and Yazzie’s BAC resulted in .126 percent. Yvette Mae Yazzie was arrested and booked into Mohave County Jail without incident. 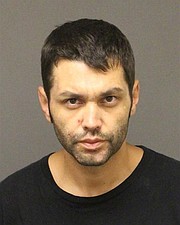 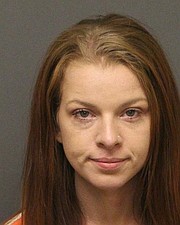 Mohave County Sheriff’s Office deputies observed a vehicle roll through a stop sign and attempted to conduct a traffic stop when the vehicle continued on and turned into the cul-de-sac of College Circle.

Consent to search the car was given and deputies located approximately 1.28 grams of methamphetamine, 1.36 grams of heroin, and a digital scale.

Both parties denied ownership of the items and claimed it belonged to the other. Eric Richard Barrios and Brianna Colleen Wainwright were charged with dangerous drug possession, narcotic drug possession, and drug paraphernalia possession, all felonies. 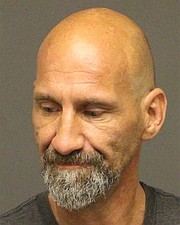 Deputies made contact with Brook and detained him. A pat search revealed a baggie of methamphetamine in his pants pocket.

Brook advised deputies he had syringes in his backpack and deputies located three syringes, one of which contained approximately 40cc of a brown substance.

Darren Scott Brook was arrested and booked into Mohave County Jail without incident. 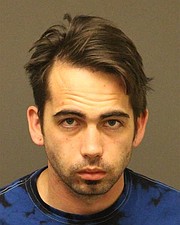 Francisco Xavier Maldonado, 30 of Thompson Station, Texas for transporting marijuana, narcotic drug possession, and possession of a weapon in use of a drug offense, all felonies.

On Nov. 10 at approximately 4 p.m., deputies observed a white vehicle traveling eastbound on Interstate 40 and observed the vehicle was traveling too close to other vehicles.

A traffic stop was conducted and deputies made contact with the driver, identified as Maldonado, and two other passengers. Deputies detected the odor of marijuana inside the vehicle and asked the driver to step out of the vehicle while they conducted a records check.

Francisco Xavier Maldonado was arrested and booked into Mohave County Jail without incident. 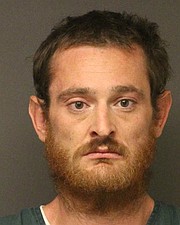 At approximately 11:45 a.m. on Nov. 10, deputies observed a truck roll through a stop sign on Exit 8 off Interstate 15 and conducted a traffic stop. Deputies made contact with the driver, identified as Treft, and a records check revealed the active warrants.

Deputies detained Treft and a pat search revealed rag tucked inside his sock which contained a glass pipe and a baggie containing methamphetamine. A search of the vehicle revealed a small glass jar containing marijuana.

Daniel Steven Treft was arrested and booked into the Mesquite Jail without incident.