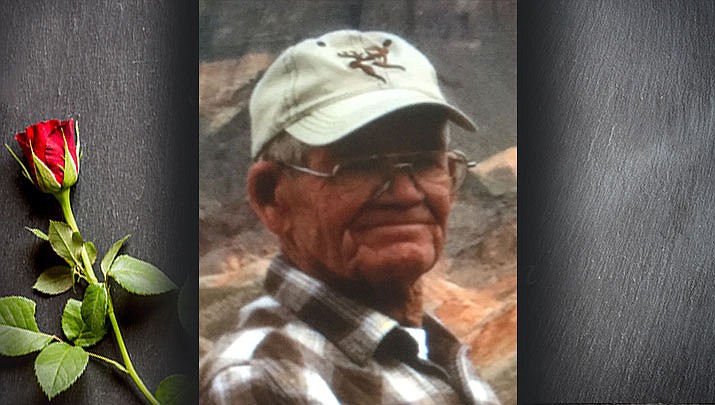 Clinton C. Dudley passed away peacefully Nov. 9, 2018 in Bullhead City, Arizona at the age of 82.

Clinton was born Feb. 9, 1936 to Sam and Capitola Dudley in Peoria, Arizona. Clinton was a native of Arizona who grew up with his two brothers Richard and Norman Dudley (both deceased) living in several Arizona towns until settling in Payson in 1953.

Clinton proudly served in the U.S. Navy from 1955 through 1959 where he was stationed in Hawaii as a draftsman.

He married his beloved wife and life partner, Christine Ashby, in August 1959 in Payson, Arizona and was happily married 57 years until her passing in November 2016.

Clinton moved his family to Kingman in 1966 where he worked as a highly skilled heavy equipment welder at Duval Mine until it’s closing in 1981. He continued utilizing his welding skills in his own maintenance welding business and later enjoyed working for the Mohave County jail as a maintenance supervisor before his retirement.

Clinton was a true outdoorsman. He loved camping, fishing and especially deer hunting and was happiest when he was enjoying these activities with his family and dogs.

Clinton was a kind and gentle husband, father and grandfather who was greatly loved by all who knew him, especially his family who were close to him throughout his life.

There will be a graveside service in Kingman at the Mountain View Cemetery on Dec. 1, 2018 at noon. A celebration of life potluck will be held at Kenny and Holly’s home in Kingman following the service.