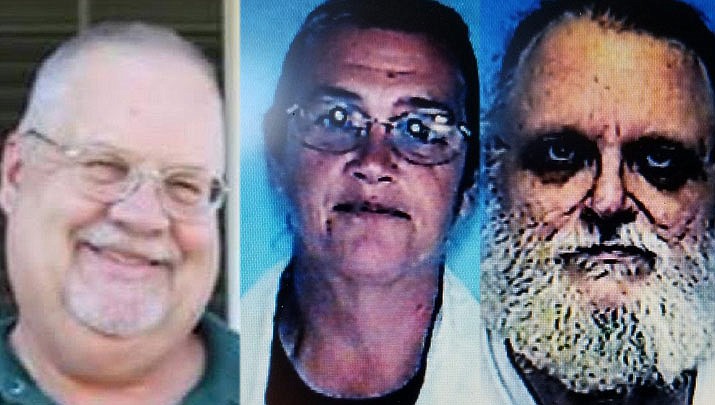 James Keel, Nancy Walker, and Ebert Johnson were found dead in a vehicle Tuesday afternoon, according to the Mohave County Sheriff's Office.

The victims were identified as James Keel, 66; Nancy Walker, 62; and Ebert Johnson, 61.

The Sheriff’s Search and Rescue team found the vehicle around 1:30 p.m. Tuesday in an area of steep and rugged terrain.

Investigators believe the driver lost control of the vehicle and it left the roadway, landing several hundred feet into a canyon. No foul play is suspected, and the investigation is ongoing.

Search and Rescue crews started looking for the people Saturday after they had traveled to the Hualapai Mountain Resort around 10 a.m. They were going to ride some trails on a 2002 Suzuki Grand Vitara.