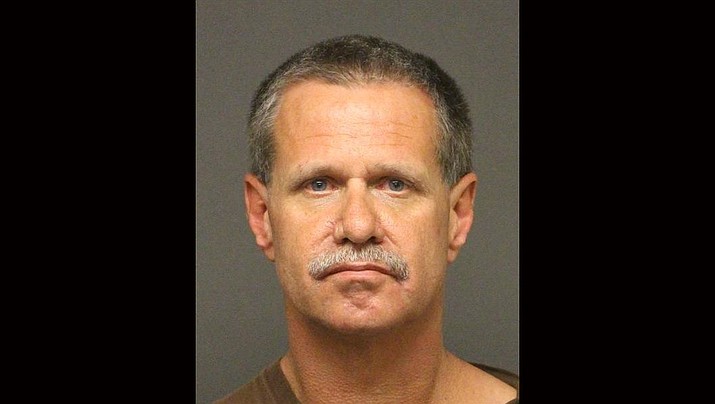 KINGMAN – Larry Allen Walker, 53-year-old Kingman resident, was stopped by Mohave County Sheriff’s Office deputies at about 1:35 a.m. Saturday for not having a front headlight on his bicycle, which resulted in his arrest for an active warrant and drug possession.

Deputies observed a male subject, later identified as Walker, riding a bicycle without a front headlight on Potter Avenue early Saturday morning. Law enforcement reports that when deputies activated their overhead lights to initiate a stop of the subject, they saw him throw something on the ground.

Upon making contact with Walker, a records check revealed an active warrant. Deputies then searched the area where they thought Walker had thrown something on the ground and found 0.75 grams of methamphetamine and a syringe. According to MCSO, Walker denied throwing anything on the ground.