Analysts: Democrats made gains, but Arizona isn't purple yet 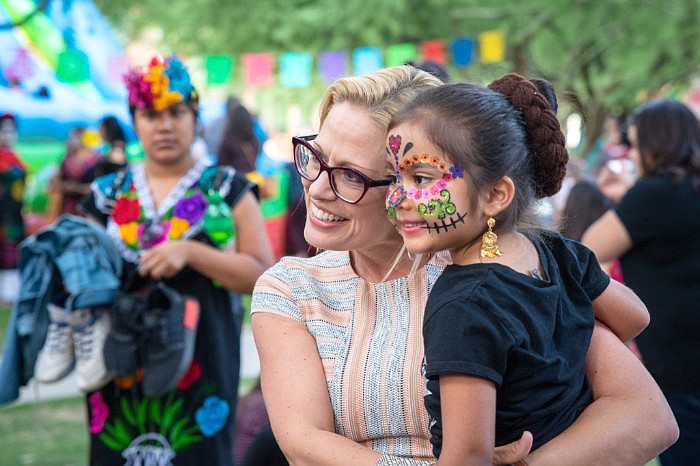 Political analysts say Democratic gains made in this month’s election need to be cemented in future contests to ensure this year wasn’t a one-off. Democratic female candidates did particularly well, notably Sinema for the Senate and Katie Hobbs for Secretary of State. (Courtesy Kyrsten Sinema campaign)

PHOENIX (AP) – The vote wasn't as predictably Republican this time around, but don't call Arizona purple yet.

That's the view of political analysts who say Democratic gains in this month's election need to be cemented in future contests to show this year wasn't a one-off.

"It was a big year for Democrats in Arizona, but that does not make it a purple state," said Tempe pollster Mike O'Neil, who hosts a radio show focusing on state politics. "We really won't know until 2020."

In other statewide races, Democrats Kathy Hoffman had the most votes to lead public schools, and Sandra Kennedy was the top vote-getter for one of two open seats on Arizona's five-member utilities commission.

Many races won by Democrats were nerve-rackingly close as the ballots were slowly tallied over nearly two weeks ahead of the Dec. 3 statewide canvass that certifies the results.

"With different candidates, those seats could just have easily been won by Republicans," said Richard Herrera, a political science professor at Arizona State University. "And the votes for Democrats may not hold in two years."

Herrera said the key to maintaining the Democratic momentum could be keeping party registration up and overall voter turnout high.

There were 3.76 million Arizona voters registered – nearly half a million more than 2014. Of those, 1.28 million were registered as Republicans and 1.15 million as Democrats, with far smaller groups of voters identifying with the Green and Libertarian parties. Another third – about 1.23 million voters – had no party affiliation.

“I think that this year the independents absolutely pointed toward the Democrats, and that put the Democrats on more even footing,” O’Neil said.

He said key factors were the statewide “Red for Ed” movement that saw public school teachers strike and a surge in young voter registrations.

Wes Gullett, who was national deputy campaign chairman for the late Sen. John McCain in his unsuccessful bid for the Republican presidential nomination in 2000, said, “If I were a Democrat, I think I’d be pretty excited by the opportunities in Arizona.”

“You can actually see that the independents were leaning Democratic in the weeks before this election,” said Gullett, now CEO of Phoenix-based OH Strategic Communications and a partner in polling firm OH Predictive Insights. “Arizona could be in play during the next presidential election.”

In that race in two years, Arizona voters also will vote for state and national lawmakers. Plus, a special election will be held to fill the last two years of McCain’s term. The longtime senator died this year.

Herstam said that after leaning Democrat for years, he switched parties for good in 2015.

“Young people are voting. Latinos are voting,” he said. “Maricopa and the rest of Arizona will eventually turn blue as you see the Republican Party shrink. The whole state will be leaning Democratic a decade from now.”

Many Latinos have been turned off by the GOP’s policies on immigration and other issues. Latinos make up more than 30 percent of the population in Arizona and 40 percent in Phoenix.

While Herstam acknowledged that Arizona Latinos historically haven’t registered and turned out in high numbers, he said energized young Hispanics could reverse that trend.