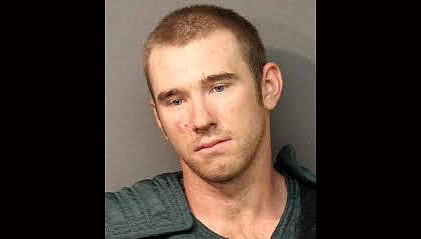 Wallace, 27, is charged with first-degree murder in the October 2015 stabbing death of Charles John McCarty in Yucca. He allegedly admitted to the crime and was offered a plea agreement to second-degree murder with a maximum sentence of 25 years.

Wallace opted for a jury trial, which was originally set for October 2016 and has been rescheduled at least twice.

At a short pretrial conference Monday, Lambert asked both attorneys if they agreed to 12 jurors for the trial and what their “best guess” would be for the length of the trial.

Prosecuting attorney Rod Albright said there’s a “good chance” he’ll be finished on that Tuesday, while defense attorney Brad Rideout said it can probably be “polished off” in four to five days.

Rideout said he doesn’t have many witnesses to call other than his client and chief investigator, but jurors will see some things that were found to be “alternate” from facts presented by the state.

Rideout has asked the judge to preclude Wallace’s drug use from being admitted at the trial.

McCarty, 70, hired Wallace to do yardwork, and the suspect was reportedly seen entering McCarty’s travel trailer the night before his bloodied body was discovered slumped over a kitchen table. McCarty’s pickup truck was found the next day near railroad tracks in Yucca.