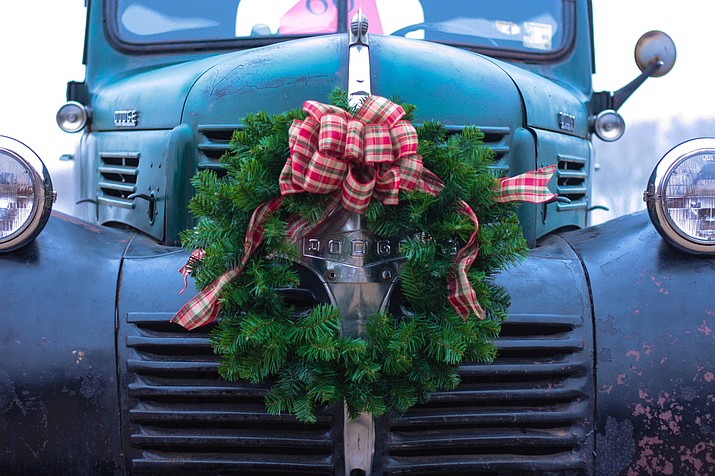 The Very Merry Parade of Lights, with a theme this year of Magical Beginnings, starts at 7 p.m. Saturday. (Photo by Ryan Wallace on Unsplash)

KINGMAN – The Kingman community comes together the first evening in December to launch the City into the holiday season, and while there are a few changes to this year’s celebration, there will be no shortage of floats and cheerful faces at the Very Merry Parade of Lights.

With 53 entries so far, event chair Joni Millin said Saturday’s parade is the largest yet, and Kingmanites may even get a taste of a slight winter wonderland thanks to a chance of rain and a drop in temperatures forecasted for the night of the parade.

12 more holiday things to do in Kingman before Christmas

It isn’t quite the white Christmas sung about, but here in Kingman there is still plenty to do in order to celebrate the holiday season.

“We’re expecting bad weather, but hope for a great turnout,” she said.

Magical Beginnings was chosen as this year’s theme because of the revitalization, economic and otherwise, taking place in the City of Kingman.

“We started first with the word ‘beginnings’ because Kingman is beginning to make some massive or major changes,” Millin said. “It all started with Citizens Alliance for Revitalization and Economics.”

She applauded Jamie Taylor, then-president of the Kingman Area Chamber of Commerce, for her efforts with the Sandbox, a group of downtown stakeholders promoting business, economic development and community involvement.

Those efforts continued with the GenK movement, which “started the ball rolling” Millin said, noting the work of Lynne Peterson, who also happens to be the grand marshal for this year’s event.

From there, Millin explained that the Kingman Downtown Merchants Association was instrumental in making an entertainment district downtown. She specifically mentioned the efforts of Matthew Wanner of the merchants association.

“Without that key element, downtown would not be where it is today,” Millin said.

Additional groups that helped with economic revitalization sited by Millin include the Route 66 Association and Kingman Main Street.

“The revitalization and the economics started getting paid attention to,” Millin said of the work of those groups coming together.

She also noted the City of Kingman has even added a new city manager, Ron Foggin, and two new economic development positions in Economic Development Director Gary Kellogg and his counterpart Bennett Bratley.

“Between all of that history that’s brought us to today, magical beginnings,” Millin said.

The parade will begin at 7 p.m. Saturday near the staging area at the Lee Williams High School parking lot before heading down Oak Street, turning onto Fifth Street before moving down Beale Street. Floats will then make the final stretch to Locomotive Park for a slight change in Kingman tradition.

Historically, citizens have gathered downtown at the City Complex for a tree lighting ceremony. But with the tree having outgrown City equipment and being unable to support lights and decorations, it’s the trees and steam engine 3759 at Locomotive Park that will display Kingman’s holiday spirit. The lighting ceremony is scheduled to begin following the conclusion of the parade at about 8:30 p.m.

“What better place is there than lighting Locomotive Park?” said Scott McCoy, who along with Steve Redman promoted a campaign to collect lights for Locomotive Park.

Millin said through multiple partnerships and community efforts, downtown revitalization and the parade were made possible.

“It’s the downtown merchants and the City kick-off to the Christmas season,” Millin said. “Bring holiday light and cheer to historic downtown.”