Public lands commission would give citizens voice in trail uses 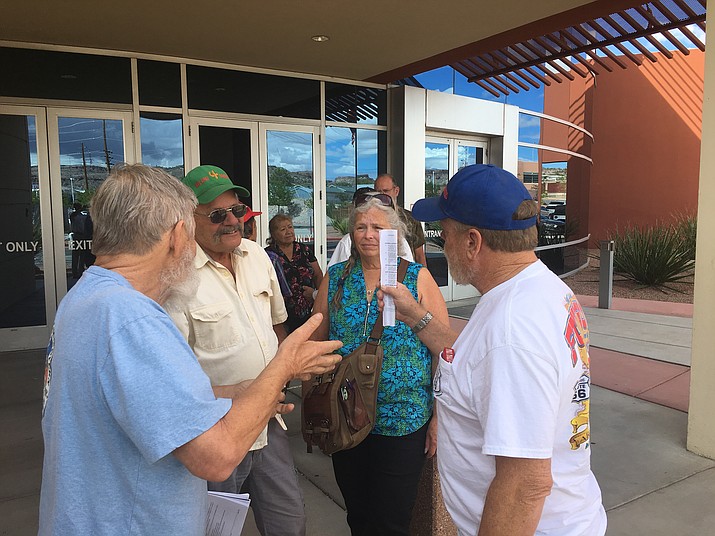 The action was prompted by the U.S. Bureau of Land Management’s proposal to close more than 1,600 miles of trails in the county.

About two dozen people attended Monday’s regular board meeting where supervisors voted unanimously to direct staff to draft by-laws for the commission and bring it back as soon as possible.

Public Works Director Steve Latoski said it would be pressing to get it done by the next board meeting Oct. 15, but he should have it by the first meeting in November.

Board Chairman Gary Watson pushed for quicker action as citizens have fewer than 60 days to comment on the BLM’s travel management plan.

Supervisor Hildy Angius said the commission came about because of all the public input she’s heard about the BLM plan, and all the citizens who showed up at the previous board meeting.

She wants to have a clear mission statement for the commission so it doesn’t get out of control.

“I think also because it started with these people, if you have any ideas to keep in mind, contact your supervisor to make sure it’s included,” Angius told the citizens who attended the meeting, most of them affiliated with various off-road riding groups. “I’ve already gotten things we wouldn’t have even thought about.”

The commission would be comprised of two citizens from each of the five supervisor districts, along with a county supervisor and someone from Public Works.

Ric Swats of Golden Valley said it’s not often he’s seen such rapid action from the board. There are a lot of government agencies working in Mohave County, including state and federal agencies, and the commission needs to develop a relationship with all of them, he said.

“There are many issues with many different user groups,” Swats told the board. “We need to make this very available to the public. Whether they’re a fly fisherman or photographer, they need to be able to bring it to us.”

Several citizens who had signed up to speak about the agenda item were pleased with the board’s decision and opted not to speak, including Chuck Brinkley, president of the Golden Shores Off Roaders and local business owner.

Doug Wisdom of Kingman also commended the board on their work so far, and spoke about the 2015 Arizona Motorized Recreation Plan in which no trails were proposed for closure.

“Can we get the local BLM on board with this plan from the state and jettison this (travel management plan)? There’s nothing in the state plan about 30 percent closure,” he said.

Jim Strong of Lake Havasu City, past-president of Havasu Four Wheelers and a board member of the Arizona Peace Trail, wasn’t sure if the county needs another commission to deal with the BLM.

“I hope we don’t spend money for another level of bureaucracy,” he told the board. “We’ve had a good working relationship with the BLM. It takes time to solve problems.”