UPDATE: One person injured in accident on Highway 68 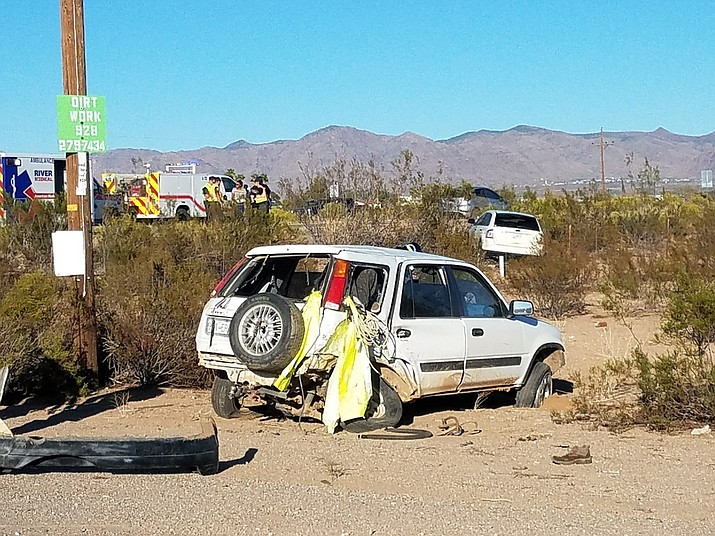 GOLDEN VALLEY – One person was treated and transported to Kingman Regional Medical Center with minor injuries and another person refused care following a two-car accident on Highway 68 at Teddy Roosevelt Road Tuesday afternoon.

Kevin Gifford of Golden Valley Fire Department said the accident occurred around 4:30 p.m. Tuesday and involved two passenger vehicles, but had no other details.

The accident is being investigated by Department of Public Safety and Mohave County Sheriff’s Office. Initial reports indicated one car was traveling on Highway 68 and the other was coming off Teddy Roosevelt Road.

GOLDEN VALLEY - There has been a two-vehicle accident on the corner of Teddy Roosevelt Road and Highway 68.