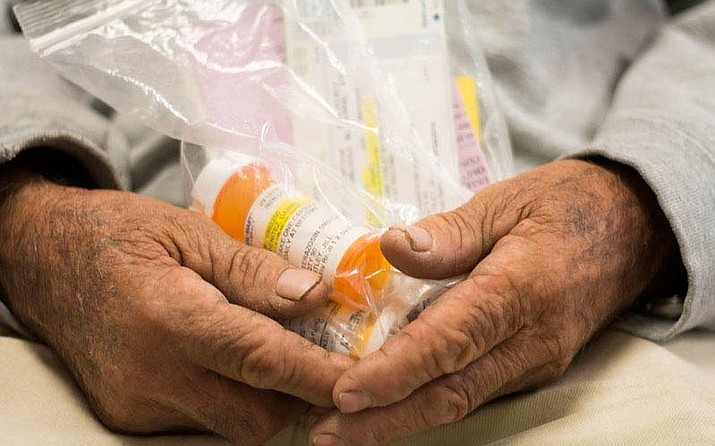 In addition to an expected drop in health insurance premiums in Arizona next year, the number of insurers is expected to grow, experts say. (Photo by Alejandra Armstrong/Cronkite News)

WASHINGTON – Health care premiums are expected to drop about 10 percent in Arizona next year, more than double the decline predicted just a month ago, federal officials reported Thursday.

The report from the Centers on Medicare and Medicaid Services said Arizona is one of 17 states expected to see premiums in the Affordable Care Act marketplace drop in 2019, after years of steadily increasing costs.

Nationally, premiums are expected to drop an average of 1.5 percent, the report said. Administration officials pointed to the new numbers as evidence that President Donald Trump is cleaning up the mess left behind by the Obama administration, and improving health care.

CMS Administrator Seema Verma said in a conference call Thursday that 2019 would be the first time since the passage of Obamacare that premium rates for benchmark premium plans have gone down 1.5 percent.

“The average decrease is small, but it is a dramatic and positive change from double-digit increases we’ve seen over the past few years,” Verma said.

Obamacare supporters disagree, saying the lower premiums are just a sign of marketplace stabilization being realized this year in spite of what one called Trump’s “sabotage attack” on the ACA.

Allen Gjersvig, director of navigator and enrollment services at the Arizona Alliance for Community Health Centers, said that stabilization comes less than a decade after the market was created.

“Last year, every county in Arizona only had one insurance company that was selling ACA plans on HealthCare.gov,” Gjersvig said. “Now for 2019, there will be four companies competing in Maricopa County, three in Pima County, and then the rural counties will continue where Blue Cross Blue Shield is their only choice.

“These other companies wouldn’t come if they didn’t see stabilization,” he said.

CMS predicts that “silver plan” rates in Arizona will drop 9.6 percent next year and the lowest-cost plans will fall 10.1 percent in the state. The leveling-off comes two years after a huge spike in insurance premiums Arizona: Rates in 2017 jumped by 117 percent, a number Trump touted regularly to decry the ACA.

But Gjersvig noted that the 2017 increase followed a year in which Arizona premiums were severely underpriced. Other states will see similar fluctuations, he said.

“We were just ahead of the curve,” Gjersvig said. “It’s very logical that this happens when you have a new marketplace – a new store, you might say, with new products.”

Another reason for lower premiums next year is the Trump administration’s push for short-term plans, that offer less extensive coverage than those offered on HealthCare.gov. Besides their length, the short-term plans lack coverage for prescription drugs and pregnancy, including pre-natal and delivery care coverage.

Gjersvig said such plans might work if “you know you have no prescription drugs and aren’t going to be pregnant…. But there’s no assurance that you won’t become severely ill or be in an accident, so it’s almost like insurance – how much of a risk are you willing to take?”

But Cathryn Donaldson, director of communications at America’s Health Insurance Plans, said that short-term plans “certainly serve a purpose” for some patients.

“The Trump administration has worked to sabotage healthcare in this country,” McLeod said. “Over and over again they have tried to reduce protections for people.”

The falling premiums don’t point to Trump’s success, he said, but to the resilience of the Act and its ability to withstand attacks from its opponents. Those attacks include a shorter open-enrollment period, cuts to the ACA advertising budget and other steps McLeod said try to “sabotage the ACA so that they can say it’s not working.”

Even as she touted the lower premiums Thursday, Verma said “the law needs to change to mitigate the damage done by Obamacare.”

McLeod and Gjersvig both said Arizonans need to take a closer look at their health care options this year. McLeod said the gains have been too great to ease off now.

“The main thing to understand is that about half a million people in Arizona have health insurance today that didn’t have it before the ACA,” McLeod said. “And those people are being put at risk every time the Trump administration takes a sledgehammer to the Act.”