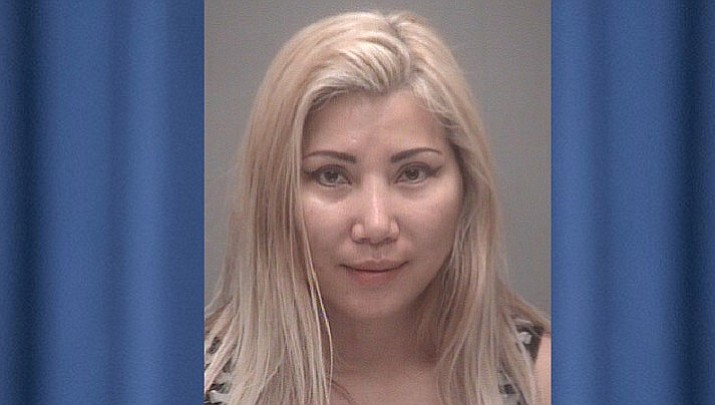 Amanda Yamauchi remains incarcerated at Mohave County Jail under $5 million bond. Dean M. Bassett was arraigned Oct. 3 on charges of sex trafficking and human trafficking. He stated he was her silent partner.

A suspect in the alleged sex-trafficking ring that led to seven arrests in September was released on $30,000 bond last week.

Dean M. Bassett, 52, was arraigned Oct. 3 on charges of sex trafficking and human trafficking. Bassett, a Bullhead City mechanic, is next scheduled to appear in Mohave County Superior Court Oct. 29 for a pretrial conference. According to Bassett’s attorney, Michael Wozniak, of Kingman-based law firm Whitney & Whitney, Bassett was a family man with a steady job and no criminal history.

According to Bullhead City Police Public Information Officer Emily Fromelt in statements given Tuesday, Bassett played a formidable role in several of the seven businesses that were raided last month by Lake Havasu City, Bullhead City and Department of Homeland Security Officials in September.

“Amanda Yamauchi and Dean Bassett had the utilities for some of the businesses under their names, as well as some of the business licenses,” Fromelt said. “During an interview with Bassett, he said he was aware that his name was in the businesses and utilities. He had done work on the massage spa businesses. He also said he has picked up girls from the Las Vegas airport and brought them to locations in Bullhead and Fort Mohave for (Amanda) Yamauchi. He stated he was her silent partner.”

A lawsuit was filed Oct. 4 against Yamauchi for legal decision-making rights over her 5-year-old son by his father, Kenneth Hadley, 40, formerly of Bullhead City.

Yamauchi also is scheduled to appear in Mohave County Superior Court Oct. 29 for a pretrial conference.

Another central figure in the case, Lake Havasu City business owner Shui M. Ching, 52, was indicted Oct. 11 on charges of maintaining a house of prostitution and receiving the earnings of a prostitute. She is scheduled to be arraigned today.