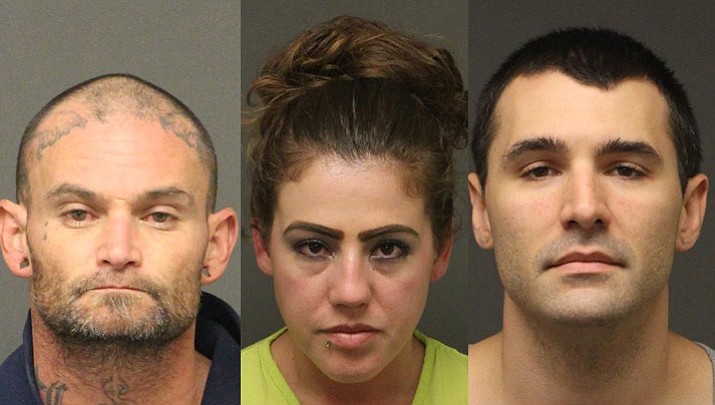 During the traffic stop, Gabbard could not produce the necessary documents for the vehicle and was asked to step out of the vehicle.

Mohave County Sheriff’s Office deputies checked Eaton’s records and found an active warrant for her arrest, patted her down and reported they found drug paraphernalia.

During the records check, deputies say Gabbard turned away to put something down her pants. She was detained and handcuffed. Deputies told her to produce the items she was trying to hide.

Deputies searched her vehicle and allegedly found a gram of meth, 1.3 grams of heroin, 14 pills and a glass pipe.

Eaton was arrested for similar charges, plus the warrant. Both were booked into Mohave County jail. 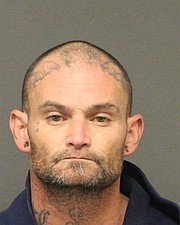 On Oct. 15 at approximately 10 a.m., deputies responded to a residence in the 4700 block of Stewart Mountain Road. The reporting party advised there was an unknown male subject laying inside her daughter’s home.

The reporting party stated she observed the water was on at the residence and flowing down the street. She sent her husband to inspect and the husband observed the back door was cracked open and the male was inside.

After making entry into the house, deputies observed the male subject, later identified as Reeves, laying on a mattress on the floor with his hands underneath him.

After several commands to show deputies his hands, Reeves complied with the commands. A pat search revealed a baggie of marijuana and a syringe.

Reeves advised he had been out with friends and after an argument took place he left and began walking. He claims he became thirsty and turned on the water to get a drink then entered the home and fell asleep.

Lacey Darrell Reeves was arrested and booked into Mohave County Jail without incident. 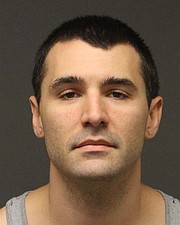 Mohave County Sheriff’s Office Deputies arrested Chase Stuart Douglass, 28 of Kingman, for 2nd degree burglary and theft/control of stolen property, both felonies. On Oct. 3, deputies responded to a residence in the 3100 block of Sundown Drive in reference to a prior burglary.

The victim advised she was out of town and a friend had called to advise her house had been broken into. A list of items removed from the property was provided to deputies and the items totaled approximately $1,300 to include two firearms, jewelry and other items.

The reporting party advised she believed her underage daughter and the daughter’s friend, Douglass, allegedly had taken the items and advised that her neighbor had video footage of the two subjects on her property.

Video footage was reviewed and deputies observed a male and female subject, both matching the description of Douglass and the daughter, enter the property through the back gate and enter into the residence. Both subjects were contacted at a residence in the 3700 block of Neal Avenue and consent to search the property was given.

Deputies were able to locate several of the stolen items including one of the firearms and some of the jewelry. Chase Stuart Douglass was arrested and booked into Mohave County Jail without incident. The underage female was also arrested for similar charges. 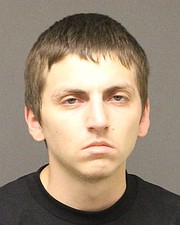 Deputies responded to a business in the 5200 block of Highway 95 in reference to a shoplifting in progress. Loss prevention staff advised deputies that they had observed a male subject, later identified as Beltran-Mejia, allegedly remove video game disks from inside the plastic security case.

When Beltran-Mejia and the female subject he was with attempted to exit the store they were stopped and moved into the loss prevention office.

When confronted, Beltran-Mejia presented deputies with the tool used to remove the security device. Beltran-Mejia removed 3 video games from his waist band and was detained.

While being detained Beltran-Mejia allegedly handed an item to the female subject. The item was inspected and found to be a metal tin containing 8.5 grams of heroin. Emmanuel Beltran-Mejia was arrested and booked into Mohave County Jail without incident.

A business owner in Fort Mohave had a rough night.

Mohave County Sheriff’s Office deputies arrested Jessica Ellen Ling, 25, of Fort Mohave, after responding to a call at approximately midnight Wednesday to a business in the 5400 block of Highway 95 in a reference to an assault.

Deputies arrived and made contact with the victim, who told deputies Ling entered the business and choked him from behind and bit the back of his neck. He broke the hold and asked her to leave.

The victim further stated that Ling exited the business and started going through the items in the bed of his truck, retrieved a tool, and used the tool to break the side window.

Ling left the property when the victim let her know that law enforcement had been.

Deputies reported that witnesses confirmed the victim’s allegations. They then responded to a residence in the 1500 block of Valencia Road and made contact with Ling. She denied choking the victim.

Jessica Ellen Ling was arrested for aggravated assault per domestic violence. She was booked into Mohave County jail without incident. 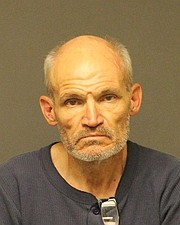 Deputies asked Scaccia to step out of the vehicle and he advised deputies he had a gun on his right side. Deputies safely removed the weapon and detained Scaccia.

A search of the vehicle revealed 3.6 grams of methamphetamine, 3 more weapons, bags of ammunition and several items of drug paraphernalia. A records check revealed one of the weapons was reported stolen.

Bill Frank Scaccia was arrested for dangerous drug possession, drug paraphernalia possession, four counts of possession of a deadly weapon during a drug offense, and theft/control of stolen property, all felonies. He was booked into Mohave County Jail without incident.