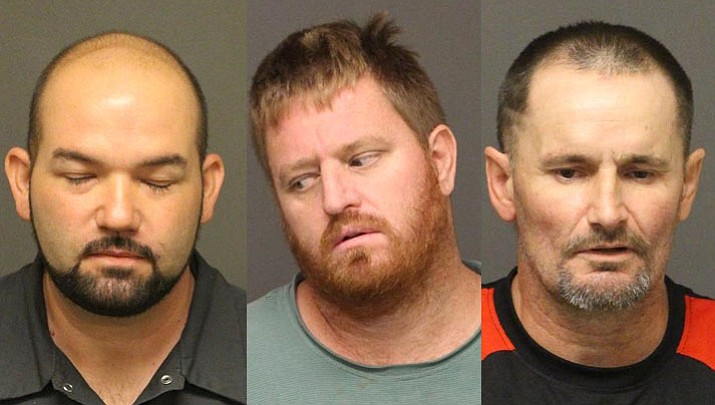 Authorities say they came upon a female victim bleeding from a large cut on her face and were told a 29-year-old Kingman man had hit her.

Mohave County Sheriff’s Office deputies were called to a residence in the 3800 block of Northfield Avenue regarding an assault.

Deputies arrived and made contact with the victim, who was bleeding from a large cut on the left side of her face. The victim told deputies she and the suspect, Noah Hawk Sinyella, were going to take a trip to the store, but she decided against it because she was too intoxicated.

She said Sinyella became upset and began hitting her in the face.

Deputies ran a records check on Sinyella, and he had an active arrest warrant.

He was arrested for felony aggravated assault per domestic violence and the warrant, and was booked into Mohave County jail. 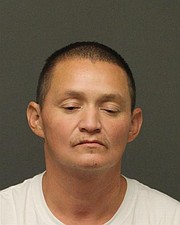 A records check revealed Ruiz to have a suspended driver’s license and a pat search revealed a baggie containing 1.6 grams of methamphetamine in his pocket. The female passengers were released from the scene.

Arnold Ruiz was arrested for dangerous drugs possession and misdemeanor driving on a suspended license. He was booked into Mohave County Jail without incident.

Adam Owen Burgess, 39 of Kingman, was arrested Thursday for theft/control of stolen property and fraudulent schemes, both felonies.

Thursday Mohave County Sheriff’s Office detectives served a search warrant on a business in the 4100 block of Stockton Hill Road in reference to a fraud investigation.

When contacted, Burgess allegedly admitted to removing customer records before leaving his prior place of employment and attempting to de-fraud a warranty company regarding work that had not been done.

Adam Owen Burgess was arrested and booked into Mohave County Jail without incident. This investigation is ongoing. 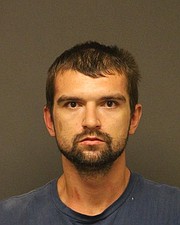 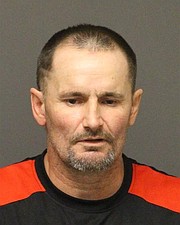 At approximately 10:45 a.m. Tuesday deputies responded to a business in the 1400 block of Gardner Road in reference to a burglary. The reporting party advised that someone had unlawfully entered his business, accessed a gun safe, and removed several firearms and a large collection of coins.

At approximately 5:45 p.m. that evening, the victim called deputies to advise a local coin shop had alerted him that two male subjects were at his store attempting to sell a book of coins. Deputies responded to the business in the 4400 block of Highway 95 and observed two male subjects, later identified as Stewart and Cale.

Deputies observed that Stewart had an object in his waistband and asked him to turn around so he could be patted down for weapons. Stewart allegedly attempted to flee the store and a struggle ensued for several minutes while Stewart allegedly refused deputy’s commands to show his hands. Cale allegedly attempted to flee the store and was also apprehended after a brief struggle. Stewart was allegedly found in the possession of three syringes and other drug paraphernalia.

A records check revealed Cale had an active arrest warrant. Andrew Gavin Stewart was arrested for 2nd degree trafficking in stolen property and possession of drug paraphernalia, both felonies.

Mathew Ryan Cale was arrested for felony 2nd degree trafficking in stolen property and an active arrest warrant. Both men were booked into Mohave County Jail without further incident. This investigation is ongoing. 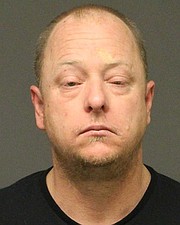 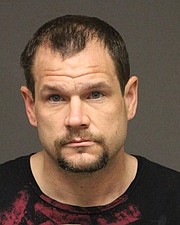 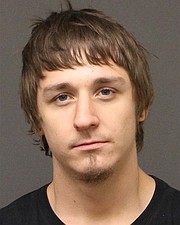 Authorities say a Mohave Valley man tried to eat 0.5 grams of heroin and hide in a couch prior to a search warrant being served at a residence early in the morning Friday, Oct. 26.

When the task force entered the residence, deputies reported locating Robert Charles Hutchings, 25, of Mohave Valley, trying to hide inside a couch. Hutchings had an outstanding arrest warrant, and MCSO reported Hutchings had fled from deputies in the past.

Elliot Chase Froby, 35, of Las Vegas, was also arrested at the scene for an active arrest warrant.

Deputies assert they also located 31 Fentanyl patches, which could potentially contain a lethal dosage when not used as prescribed.

A small child was located in the home, was removed for their safety, and later transferred to the child’s other parent.