5 statewide propositions on ballot; what are they all about? 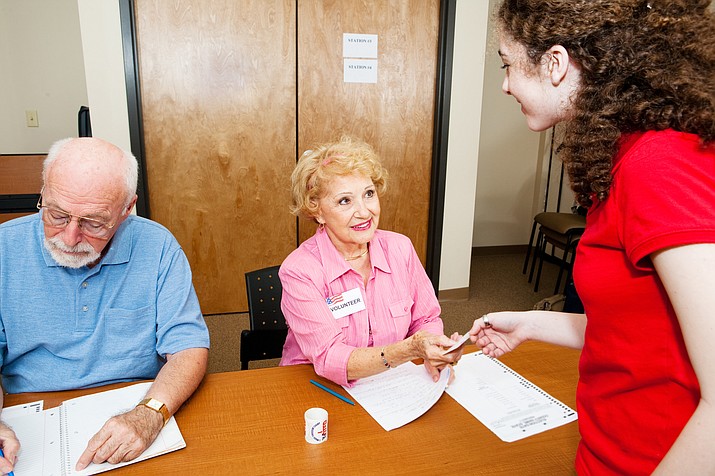 The Nov. 6 general election ballot contains five statewide propositions. Following is an overview of the measures with the ballot language, explanation of yes or no vote, and arguments for both sides.

Information comes from the General Election Publicity Pamphlet issued by the Secretary of State, the Arizona Voter’s Guide to the 2018 Ballot Measures published by Arizona Advocacy Network Foundation and League of Women Voters of Arizona, and the Arizona State University Morrison Institute for Public Policy.

A YES vote would replace that plan with a plan based on cost-of-living adjustments as determined by the Phoenix-Mesa Consumer Price Index, and which cannot exceed 2 percent per year. This is the same plan in place for the Public Safety Personnel Retirement System (PSPRS) for police, sheriff’s deputies and firefighters.

This will result in a reduction of $275 million in existing liabilities, which will be paid off in the next 20 to 30 years.

A NO vote keeps the current plan in place, a plan the state promised to retirees and their beneficiaries.

Supporters include PSPRS Board of Trustees, the Arizona Chamber of Commerce, and LD1 Sen. Karen Fann, Rep. Noel Campbell and Rep. David Stringer.

Relating to Prohibition of Taxation of Services would amend the state Constitution from imposing new transaction-based taxes on “services” or increasing existing taxes on “services.” It does not repeal taxes, fees or assessments in effect since Dec. 31, 2017.

There is no formal definition of what constitutes a “service,” but the Department of Revenue considers “lost” revenue from the following for not being taxed: health care (doctor and dentist appointments), education, finance and personal care (haircuts). Certain businesses currently taxed include retail, construction, professional services, restaurants, utilities, telecommunications and lodging.

A YES vote will prohibit state and local governments from enacting new transaction-based taxes, or increasing those already in place, on any service performed in the state.

A NO vote allows legislators and local governments authority to impose a tax on services.

PRO arguments on Prop. 126: If voters approve the proposition stopping new taxes on services, there would be no adverse impact on consumers, including senior citizens, veterans, low- and middle-income families, and others on fixed incomes.

CON arguments on Prop. 126: Currently raising taxes necessitates a two-thirds vote from the House and Senate and the governor’s signature, which some may consider an adequate safeguard. Some opposing the proposition want a flat tax rate that treats every business the same; others want the legislature allowed to vote on individual services.

Those opposed include the Arizona chapter of Americans for Prosperity, and Grand Canyon Institute.

Currently, utilities are required to obtain 8 percent of their electricity for retail sales from renewable sources, raised to 15 percent by 2025.

Financial impact is difficult to figure out in advance to full implementation in 2030. Changes in technology may affect the cost of producing both renewable and non-renewable energy. Possible fiscal impacts could occur with retail electricity prices, employment, and property value for energy production facilities; the measure includes language of these changes, “irrespective of cost to consumers.”

A YES vote replaces the current plan with a mandate that 50 percent of retail energy sales will come from renewable energy resources by 2030, and increase use of energy generated and distributed from customers’ premises to 10 percent by 2030.

A NO vote keeps required percentage of retail sales of renewable energy at 15 percent by 2025.

CON arguments against Prop 127 include claims that a similar amendment in California caused the price of electricity to increase 50 percent, loss of jobs, an exemption for Salt River Project, loss in state and local taxes, and closure of Palo Verde nuclear plant.

The 2011 Empowerment Scholarship Accounts program, better known as the school voucher program, uses state money to pay tuition, textbooks and services for private and parochial schools for a select population of students.

Prop 305 would expand eligibility for education vouchers to all Arizona students, allowing the program to increase by one-half of 1 percent of the total public school enrollment each year through the 2021-22 school year, capping enrollment at 30,000.

Currently about 23,000 students are eligible of which about 5,000 receive vouchers, mostly students with disabilities whose issues public schools cannot address. Other eligibility categories include foster-care children, those living on reservations, those attending failing public schools, those with a parent on active duty, and those with a sibling who qualifies as a voucher recipient.

A YES vote on the proposition would expand the program to include all 1.1 million Arizona students, paying parents 90 percent of what the state allocates students in district and charter schools.

A NO vote would not increase the voucher program, and would have no effect on the existing program.

Supporters of Prop 305, many of whom have children with disabilities, believe strongly in ESAs for their children. Others want the opportunity to send children to private or religious schools paid for with taxpayers’ money that pays for public education. They believe parental choice makes all educational systems better.

Supporters include Gov. Doug Ducey; the state chapter of Americans for Prosperity supported by Charles and David Koch; the American Federation for Children, supported by U.S. Secretary of Education Betsy DeVos; the Goldwater Institute; Center for Arizona Policy; and the Bishops of the Arizona Catholic Conference.

Those opposing Prop 305 include believers in the ESA program, but who say this amendment is flawed and inflexible, especially with the establishment of a cap on enrollment. Others say public money should be spent on public schools; expanding ESAs further reduces funding for public schools. The existing voucher program lacks meaningful oversight and accountability. Parents of students with disabilities fear competing for enrollment opportunities once a larger population of students, “regular” as well as special education, enter the pool. Arizona already offers parents options in choosing public, charter and private education.

Opponents include Save Our Schools; teacher organizations; the Arizona PTA, which includes Humboldt and Prescott Unified School districts; Secular Coalition for Arizona; and League of Women Voters of Arizona.

Proposition 306 is an amendment to the 1998 voter-approved Clean Elections Act. The Commission is responsible for auditing campaign finance reports and enforcing campaign finance laws, providing public campaign funding to qualifying candidates, and providing voters with information, tools, and resources to vote informed.

Proposition 306 would prohibit candidates who participate in the Clean Elections program from making any payment to a political party or non-profit allowed to conduct election activity.

The Clean Elections Commission currently is made up of two members each from the Republican and Democratic parties and one Independent. Prop 306 would place the Commission under the Governor’s Regulatory Review Council (GRRC), made up of six members appointed by the governor, thus potentially eliminating the Commission’s non-partisan independence.

A YES vote would prohibit candidates who receive public funding from transferring campaign funds to a political party or private tax-exempt organization that could influence elections; and would place oversight of the Commission under the GRRC.

A NO vote will allow the Citizens Clean Elections Commission to decide whether candidates who receive public funding are permitted to transfer their campaign funds to political parties or private tax-exempt organizations that may influence elections; and leaves the current oversight to the bi-partisan — which includes an independent — commission.

PRO advocates say the Commission needs more transparency; and since candidates receive taxpayer dollars, they should not be able to give that money to political parties.

CON arguments state that 305 would weaken the Clean Elections Law and limit candidates’ options on how to run their campaigns, including eliminating access to party-maintained voter databases and paying for training. The impact of oversight by the GRRC, made up of politicians and lobbyists handpicked by the governor, could impact non-partisan voter education and outreach.