Cash from outside groups supporting Ducey, GOP continues to pour in 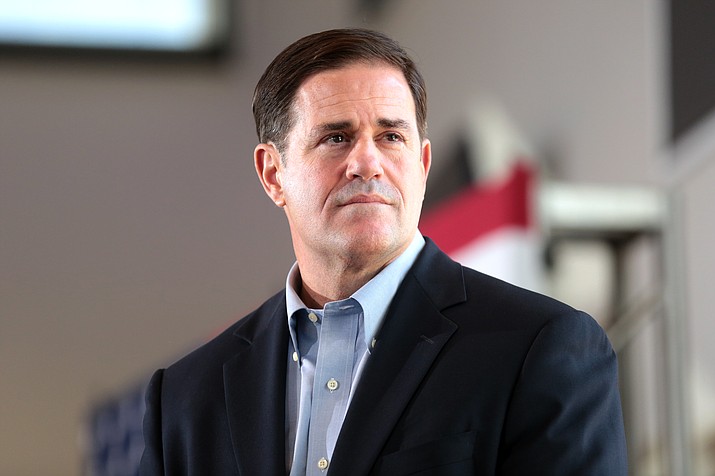 PHOENIX – Cash from outside groups is rivaling – and in some cases exceeding – what candidates for statewide office are spending on their own election campaigns.

And that doesn’t count what state law allows to be kept hidden.

The biggest source of outside cash in statewide races is the Republican Governors Association which already has set aside nearly $9.6 million to ensure that Doug Ducey gets elected to another four-year term. Most of that is for commercials blasting Democrat David Garcia.

But Ducey, with the benefits of incumbency, is no slouch when it comes to raising money. He has collected $6 million into his own campaign.

And that doesn’t count another $5.1 million raised in Ducey’s name by another committee that was transferred to the Arizona Republican Party.

Arizona law allows political parties to spend as they wish, without identifying who their mailers and ads support or target. And there’s a lot of money out there.

The Arizona Republican Party reports spending more than $6 million, with no disclosure of which candidates are beneficiaries. There are commercials running on behalf of Ducey and Attorney General Mark Brnovich where the fine print discloses they were paid for by the party.

Democrats are doing the same thing, with campaign reports showing more than $9.2 million in expenditures.

Some is going to help elect Katie Hobbs as secretary of state where reports filed with the Federal Communications Commission show about $2.2 million in ad buys. And the organization also has gotten $750,000 from the Democratic Attorneys General Association, presumably to have the party help January Contreras defeat Brnovich.

Planned Parenthood Votes has spent more than $564,000 to help Garcia win the office. And Progress Now Arizona has put in another $323,000 in both pro-Garcia and anti-Ducey efforts.

But Garcia’s biggest source of outside support comes from NextGen Climate Action, a political action committee formed by California billionaire Tom Steyer. Aside from financing most of the campaign for Proposition 127, his PAC has put in nearly $790,000 to help Garcia defeat Ducey.

Steyer also is involved, at least indirectly, in trying to help Contreras oust Brnovich. The Clean Energy for a Healthy Arizona Committee, supporting that ballot measure, also has reported spending more than $4.2 million on her behalf.

All that spending came about after Prop 127 proponents accused Brnovich of using his position to add wording to the explanation of the initiative that will appear on the ballot. They complained the additional verbiage was designed to sway voters against the measure; Brnovich has defended the language as factually correct.

Contreras reported $864,000 in donations to her own campaign.

Brnovich himself has raised more than $1 million. But he also is getting outside help from the Republican Attorneys General Association which, under the banner of Arizona For Freedom, has spent more than $1.7 million primarily in attack ads against Contreras.

There’s also a lot of outside cash going into the race for the two seats on the Arizona Corporation Commission.

Democrats Kiana Sears and Sandra Kennedy each have received about $271,000 of public funds in exchange for not taking private donations.

But none of that keeps others from spending on their behalf. Chispa Arizona, an arm of the League of Conservation Voters, has at last count put more than $3.7 million into getting them elected.

The League does not disclose donors.

Incumbent Republican Justin Olson has reported $144,000 in campaign expenditures, including what he spent on the primary race.