McSally, Sinema tee up for debates this fall 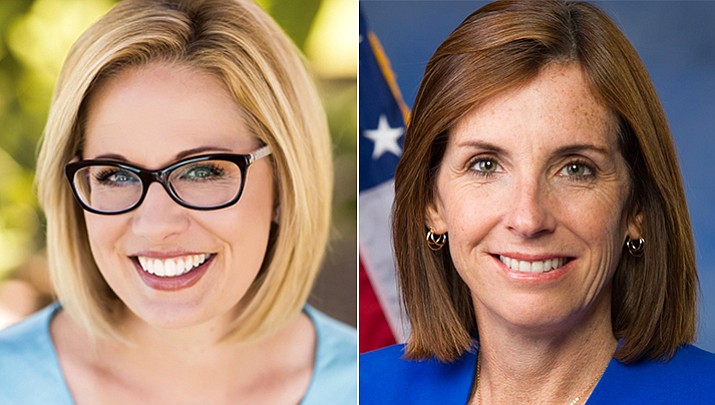 PHOENIX (AP) – Arizona voters may finally get to see a debate in this year's U.S. Senate race.

Both candidates won their party's nominations in Tuesday's primary. Neither party held a debate during the primary season, meaning any debates this fall would the first for the campaign cycle.

Sinema says one of the debates should focus on health care.

McSally said on Twitter she's excited to debate Sinema and Arizona voters deserve to know where the candidates stand. No dates are set just yet.

McSally agrees to Oct. 15 debate with Sinema in Phoenix
Tight race for Arizona Senate is one of costliest in the US
McSally, Sinema face each other in Arizona Senate debate
Rep. Martha McSally wins Arizona GOP
Arizona Senate race goes to overtime with glacial vote count