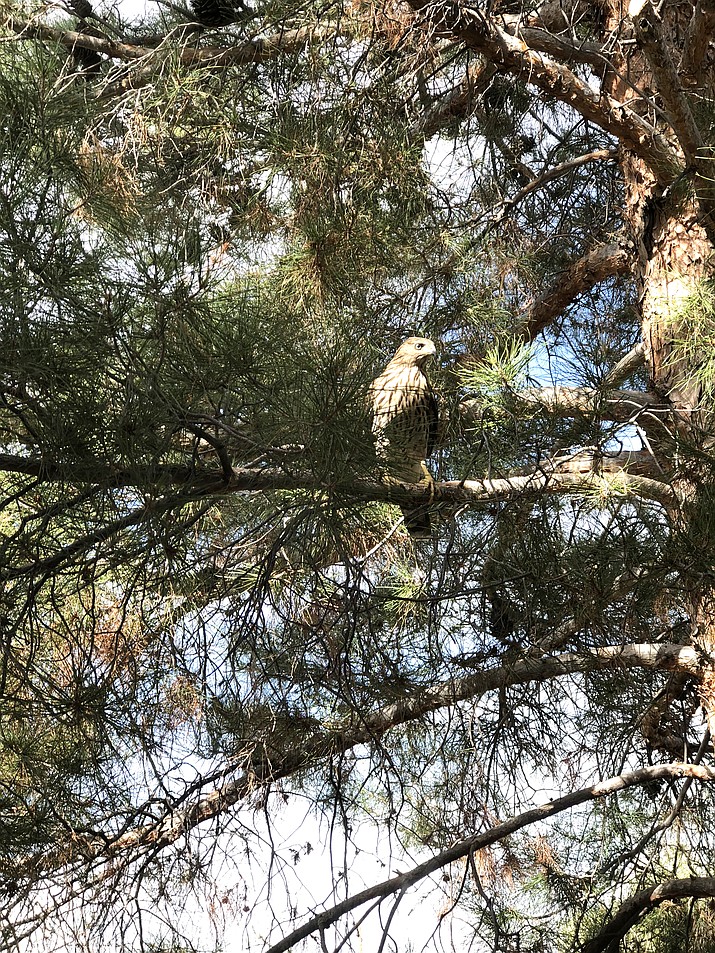 A Cooper’s Hawk has taken up residence outside of Copper Ridge Apartments on Hualapai Mountain Road. At one time, Cooper’s hawks were heavily hunted in persecution for preying on poultry and were called chicken hawks. It is now known that predation by these hawks on domestic animals borders on negligible, and they currently are rarely hunted. One threat facing Cooper’s hawks today is the degradation and loss of habitat. Management activities like logging may make their former habitat unsuitable for breeding. As a natural predator of almost any North American bird smaller than itself, the Cooper’s hawk may inadvertently deplete populations of rarer, conservation-dependent species such as the American kestrel.