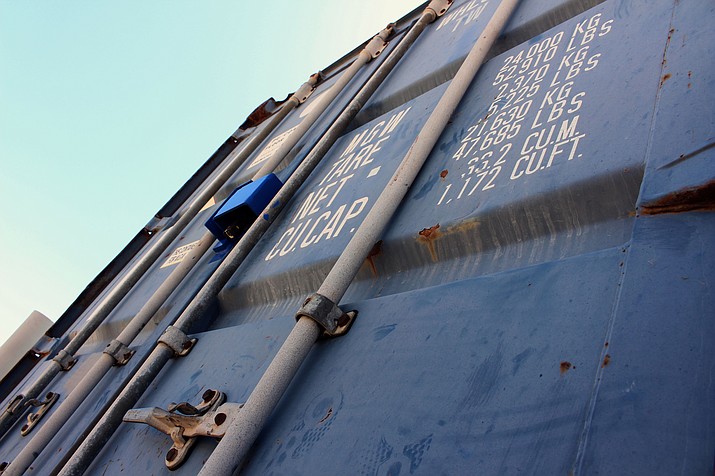 Cargo containers for use as storage in residential areas has been discussed by the Planning and Zoning Commission for months, and commissioners are now seeking additional input from the community at a workshop scheduled for 5:30 p.m. Wednesday in Council chambers, 310 N. Fourth St. (Daily Miner file photo)

KINGMAN – The City of Kingman Planning and Zoning Commission has utilized discussion and public comment in cargo container storage deliberations, but has yet to come to a final decision. The commission invites the public to attend a cargo container workshop to voice their opinions at 5:30 p.m. Wednesday in Council chambers, 310 N. Fourth St.

However, the City has seen an increase in cargo container violations in residential areas, and the citizens of Kingman have shown interest in using cargo containers for storage in those zones.

After another wave of discussion, commissioners were divided about whether citizens should have the right to use cargo containers for storage on their own properties, or if the esthetics of those containers could create a negative perception of Kingman.

“I think when you have storage containers in residential areas that are up above the block walls already existing, it does block the view of the homeowners,” said Commissioner Laurie DeVries.

“To me, logic would dictate that if you own a larger parcel of property, an acre or more, that typically you have animals and you have a lot of stuff that you should be able to lock up,” McCoy said. “And a metal storage container is probably the best choice to protect your property.”

The safety and security of cargo containers, especially when taking into account high winds, has been a focal point of discussion for those in support of cargo container storage allowances for residential properties.