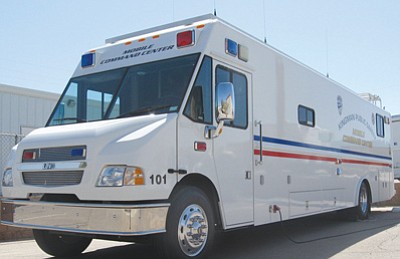 KPD is able to provide enhanced DUI enforcement during holidays and major local events due to a grant awarded by the Arizona Governor’s Office of Highway and Safety. (Daily Miner file photo)

KINGMAN – Not everyone made use of designated drivers over Labor Day weekend, with the Kingman Police Department reporting misdemeanor and felony DUI arrests made by the department and the Western AZ DUI Task Force.

Of the 852 traffic stops conducted by the task force from Friday night to Monday night, there were 18 misdemeanor DUI arrests, one felony DUI arrest and 43 related arrests resulting from an average blood-alcohol content of .147 percent.

The Kingman Police Department made 52 traffic stops over the holiday weekend. Five resulted in misdemeanor DUI arrests, one extreme DUI arrest and two DUI drug arrests. There were 12 related arrests with an average BAC of 0.122. The state’s BAC limit is .08 percent.

There were 2,717 officers who contacted nearly 15,000 drivers over the weekend when taking into account Arizona’s 17 DUI task forces. There were 468 misdemeanor DUI arrests, 63 felony DUI arrests, 123 DUI drug arrests, and 615 related arrests with an average BAC of 0.15 percent.