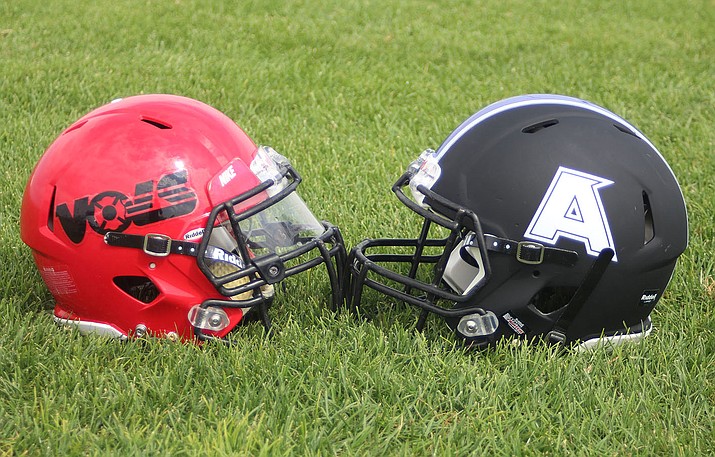 “A lot of these kids grew up playing each other,” Sasse said. “Anytime you play somebody in the same town it’s exciting and it’s a hyped-up game. That’s all there is to it. Rivalry game or whatever you want to consider it – our kids are hyped up to play their kids.”

Lee Williams (1-2) has won all five meetings over the Tigers (0-2), but three of the victories have been by six points or less – including last season’s 21-20 victory.

Academy has shown a lot of grit over the years, but first-year head coach John Morgando knows the matchup still poses some challenges.

“They have way more numbers than we do,” he said. “So that’s hard for us to play a school with that much depth.”

That doesn’t mean the Tigers are backing down from the challenge. Academy is still searching for its first win of the season, but they nearly accomplished that last week at Parker. Dallas Edwards found Nate Perea for 218 yards and four touchdowns, but it wasn’t enough in a 34-28 overtime loss.

However, the Edwards-Perea connection could struggle to find similar success against the Vols.

“That’s the big thing – everyone is going to be keying in on Nate Perea now,” Morgando said. “So it’s a matter of being able to get other playmakers involved. And how to do that successfully while still being able to get Nate his touches because he is such an explosive guy for us.”

Lee Williams, on the other hand, hasn’t really turned to one key playmaker, but quarterback Enzo Marino has rushed for three touchdowns and added two through the air.

There’s no doubt the Academy will have its eye on Marino, but Sasse knows the familiarity will be an advantage for both squads.

“A lot of these kids have played each other and they all know their strengths and weaknesses,” Sasse said. “It’s usually a pretty fun game.”

However, the game could very well be decided by how each team’s depth fares in the second half. Lee Williams can easily play multiple players at different positions, while Academy doesn’t have that luxury.

“We’ve kind of ramped up the conditioning a little bit because we do have so many people playing on both sides of the ball,” Morgando said. “We’re trying to do as many rotations as possible, but ultimately it’s a mental toughness thing too.”

At the end of the night, the team with the most mental toughness could very likely be victorious. The Vols are coming off their first win of the season in a 28-14 victory over River Valley and look to keep that momentum going against the Tigers.

“We’re rolling right now and we’re only getting better every day,” Sasse said. “That’s huge because once we get to the Grand Canyon Region, we’re going to have to score some points. That’s what we’re preparing for every day. The Academy comes first. We have to come out and have another good showing again.”