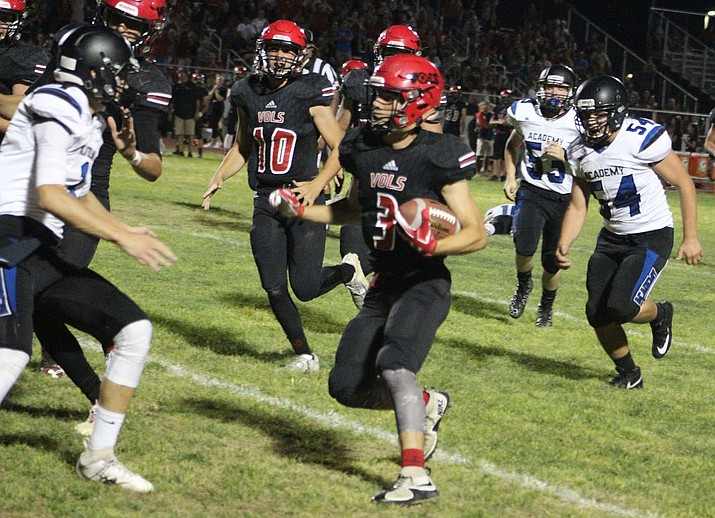 KINGMAN – Robert Paulson was in the right spot at the right time Friday night. The junior saw a loose ball come his way, scooped it up and started running. 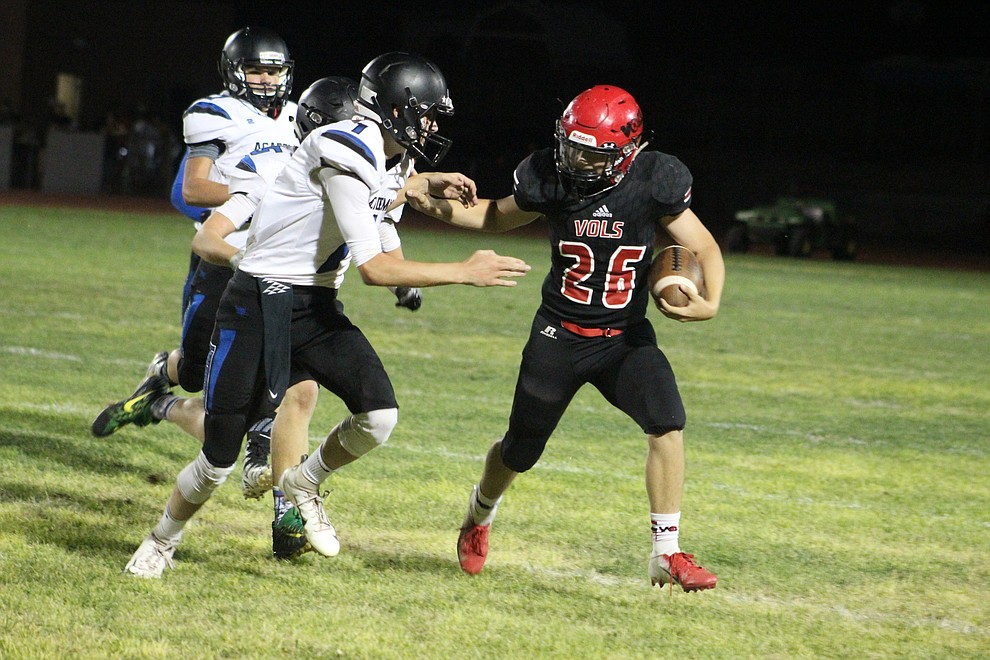 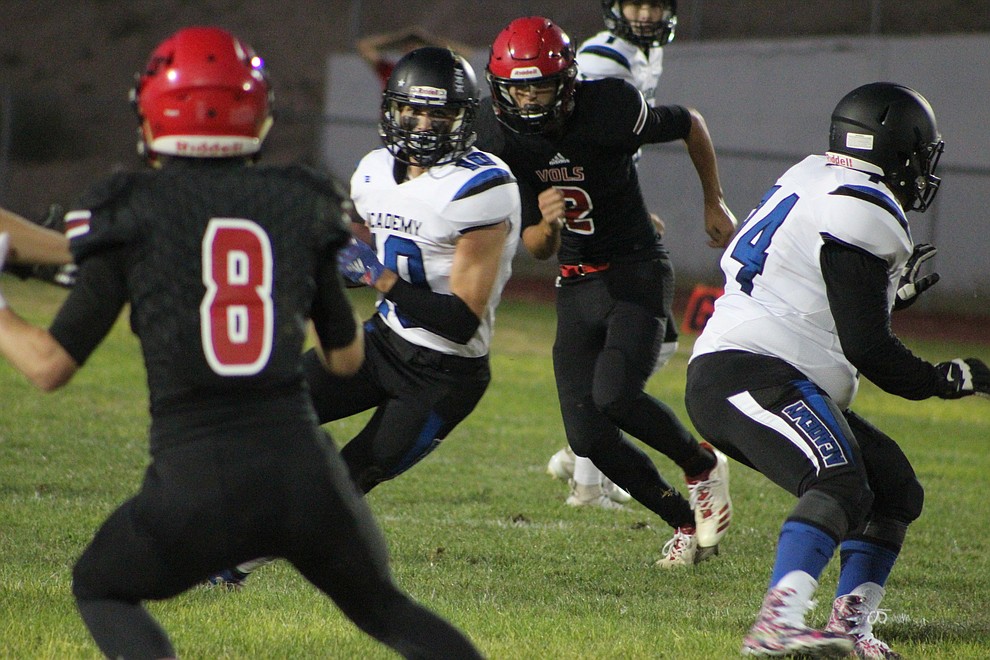 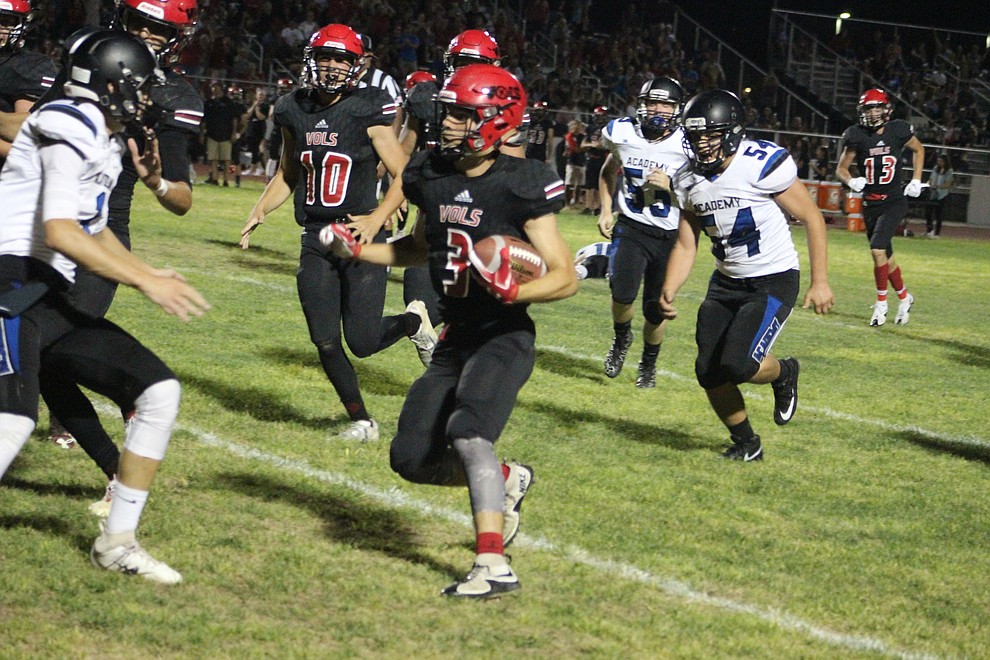 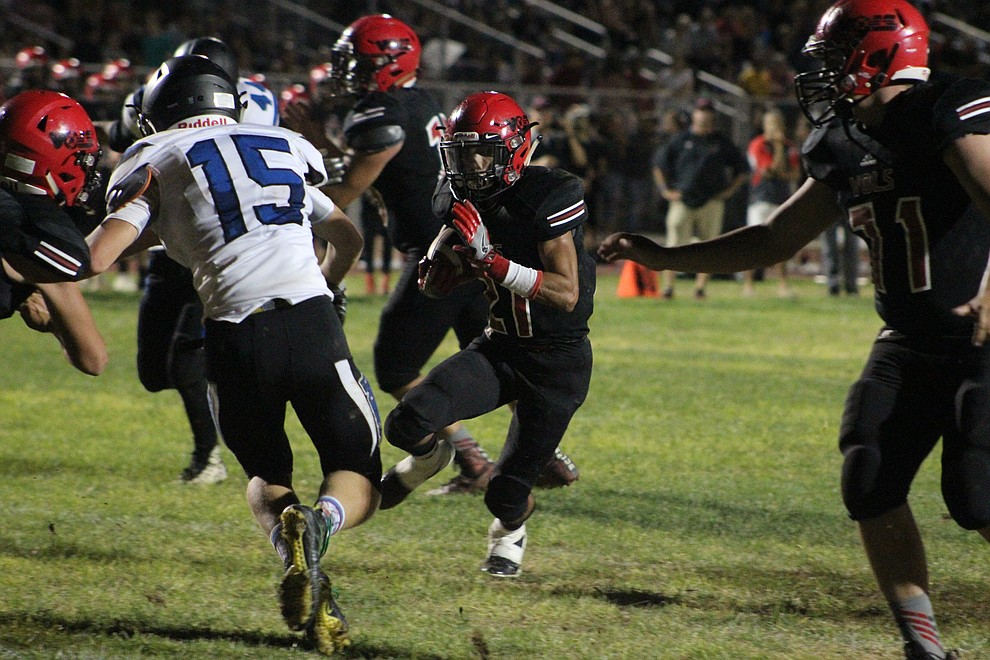 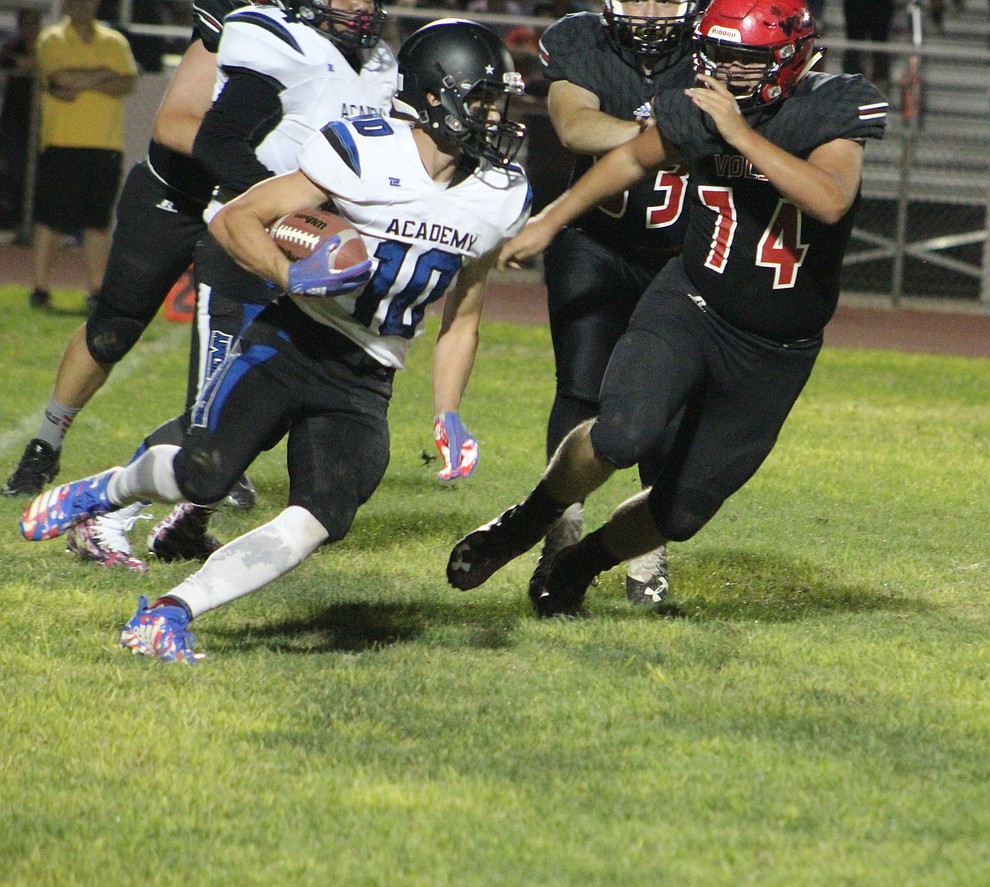 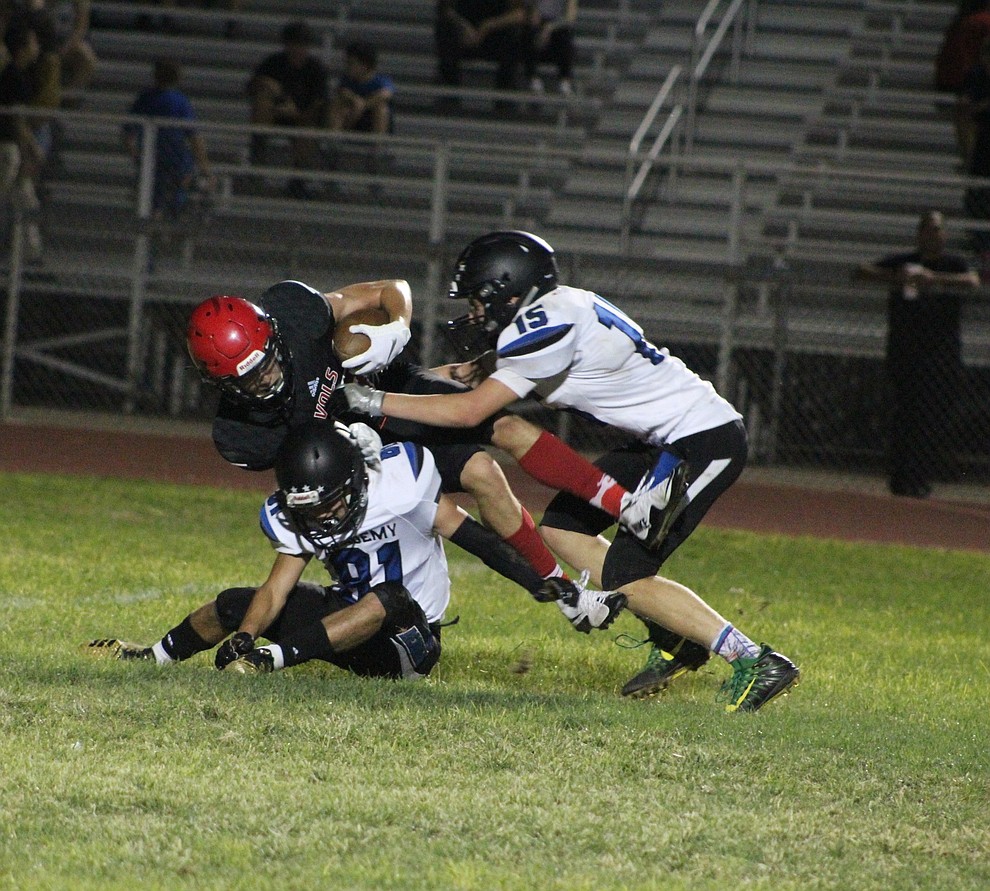 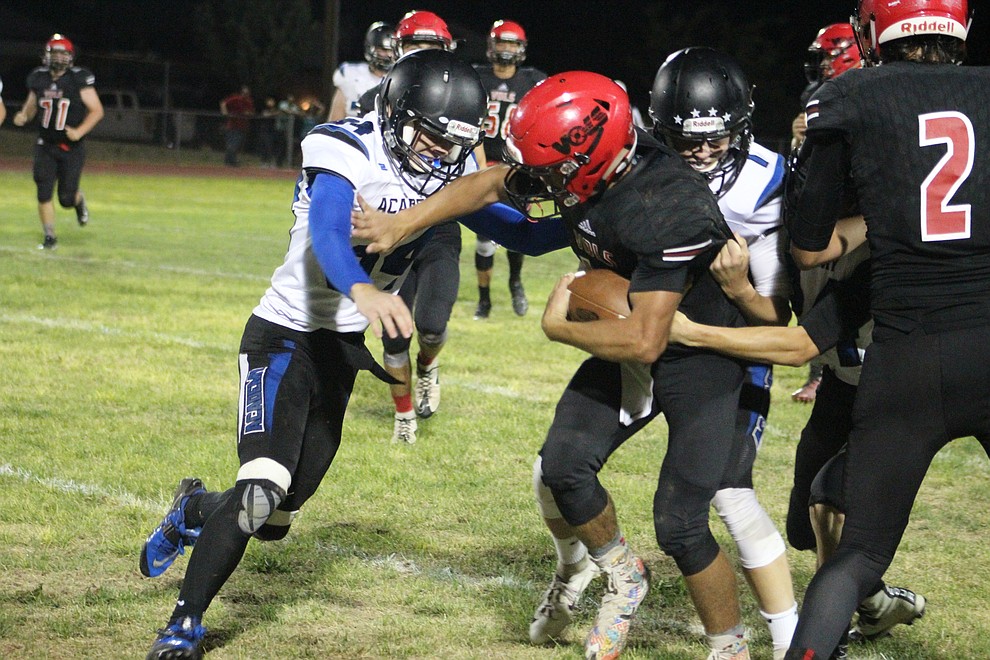 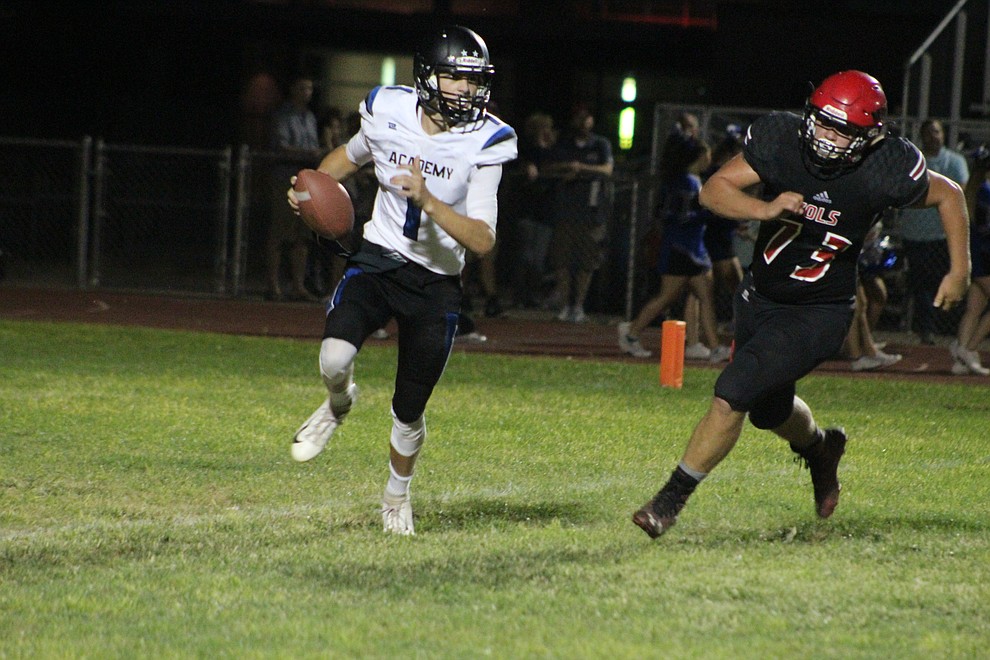 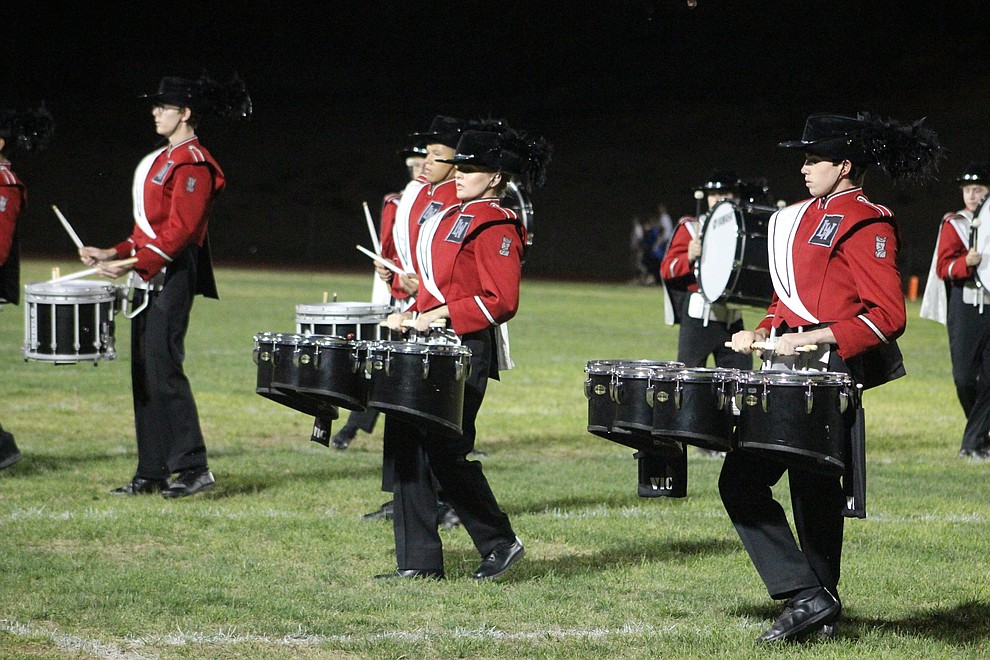 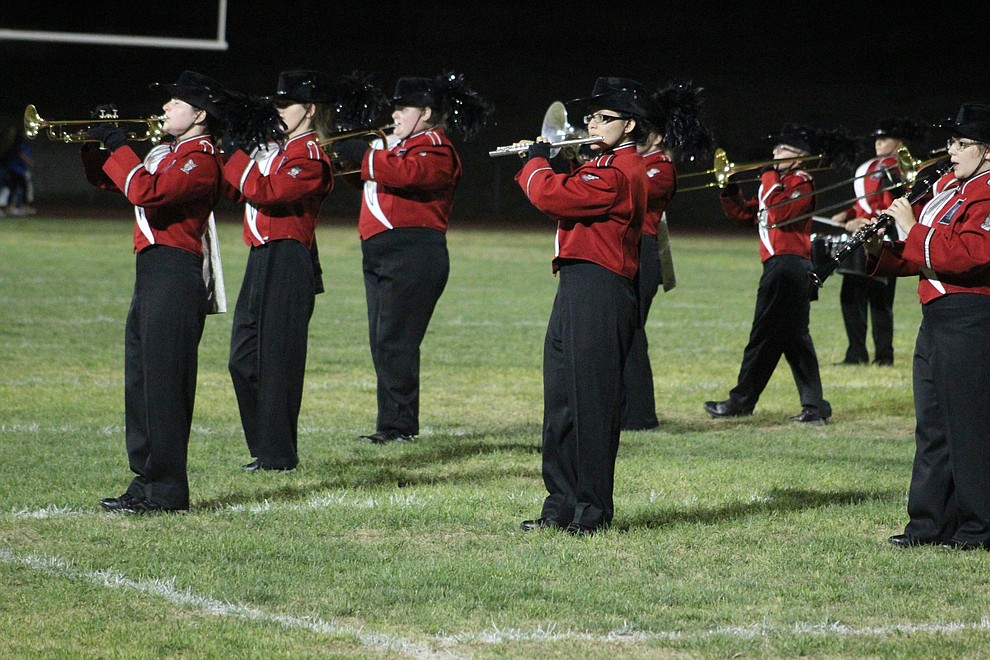 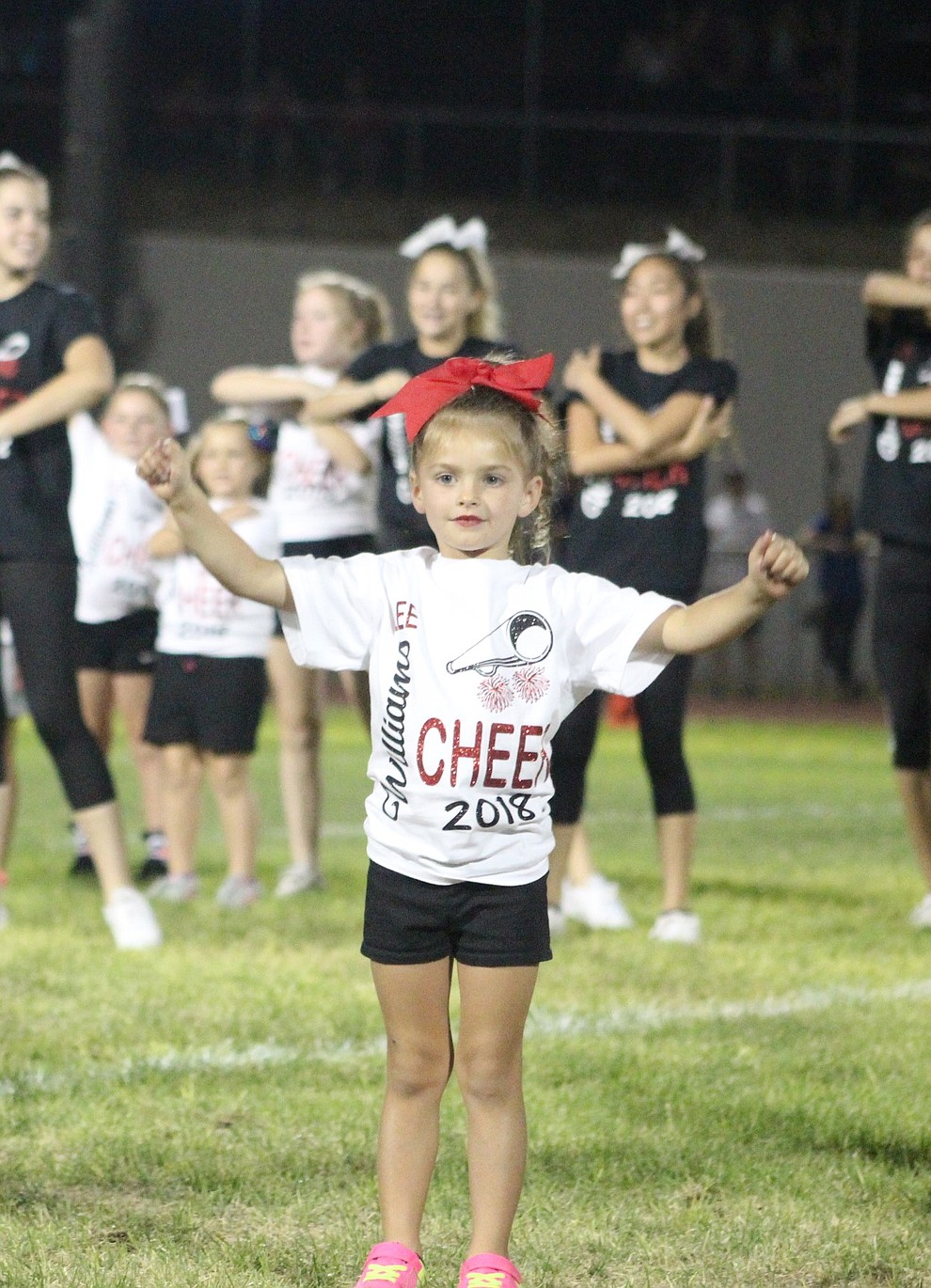 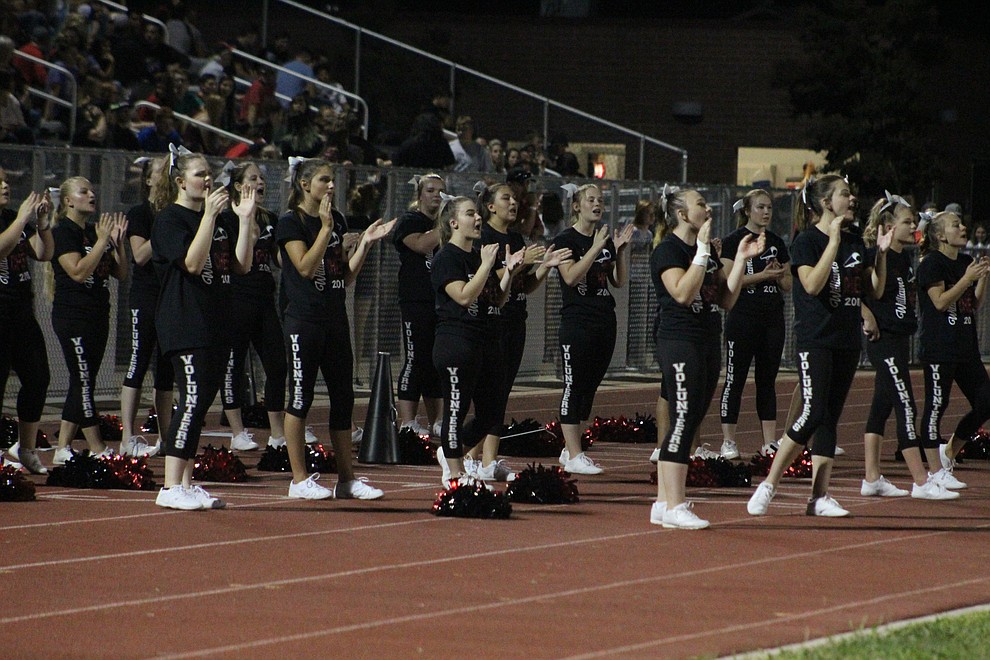 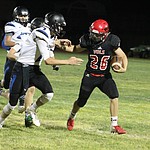 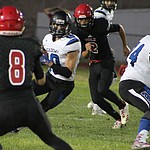 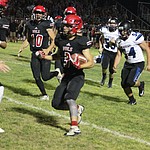 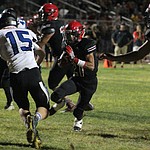 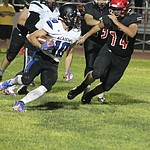 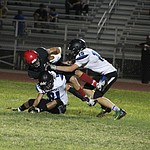 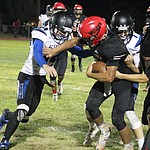 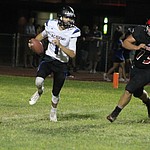 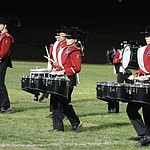 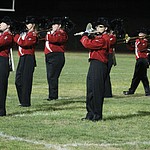 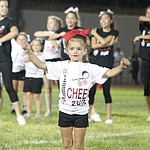 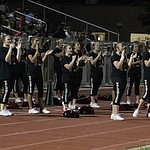 While Paulson didn’t score, his fumble recovery set up the Lee Williams High School football team with good field position and helped spark the Vols to a 53-0 win over Kingman Academy.

“It was a huge moment,” Paulson said. “Every turnover is big in football, so that shifted all of our momentum and kept us rolling the whole game.”

The Vols weren’t done yet though.

Marino would find AJ Herrera on a 21-yard strike and then the Marino-Juelfs connection found the end zone again for a 33-0 halftime lead.

“We stress turnovers a lot and we’re doing really well right now taking the ball away in their territory,” said Lee Williams head coach Clint Sasse. “That always seems to spark us. We have to keep doing it. We have to keep hunting and getting after the ball.”

The Vols also scored its final touchdown on a turnover as Addis Guzman recovered a fumble in the end zone.

Marino completed 10-of-14 for 145 yards and five touchdowns, while Donnie Simms led the charge on the ground with 77 yards. Cameron Ott added 69 yards and a score.

The Tigers weren’t as lucky on offense. They couldn’t get much going against Lee Williams’ defense, but did take strides in the running game. Academy’s Trevor Lowry broke off a few decent runs in the second half to give the Tigers a chance to score, but the drive stalled out without any points.

“We just couldn’t find a good groove on certain things,” said Academy head coach John Morgando. “We were trying to hit some routes and stuff like that. They definitely keyed like we thought they would. We tried to exploit that how we could. It’s hard to start from behind like that.”

It didn’t help either that Tigers quarterback Dallas Edwards couldn’t find his favorite target Nate Perea. The duo racked up 218 yards and four touchdowns against Parker last week, but Perea finished with only two catches for 17 yards – one of which came from backup quarterback Charlie Anderson in the second half.

“We’ll see on the film – I think we did some good things and we did some bad things,” Morgando said. “That happens in every game. We have to check and see what we can fix.”

The Tigers (0-3) have their home opener Friday against Scottsdale’s Coronado High (0-3) at Southside Park.

The Vols, on the other hand, host Bradshaw Mountain (4-0) at 7 p.m. Friday to open the 4A Grand Canyon Region schedule.

“We have to get back to work and get ready for Bradshaw,” Sasse said. “They’re coming to town.”