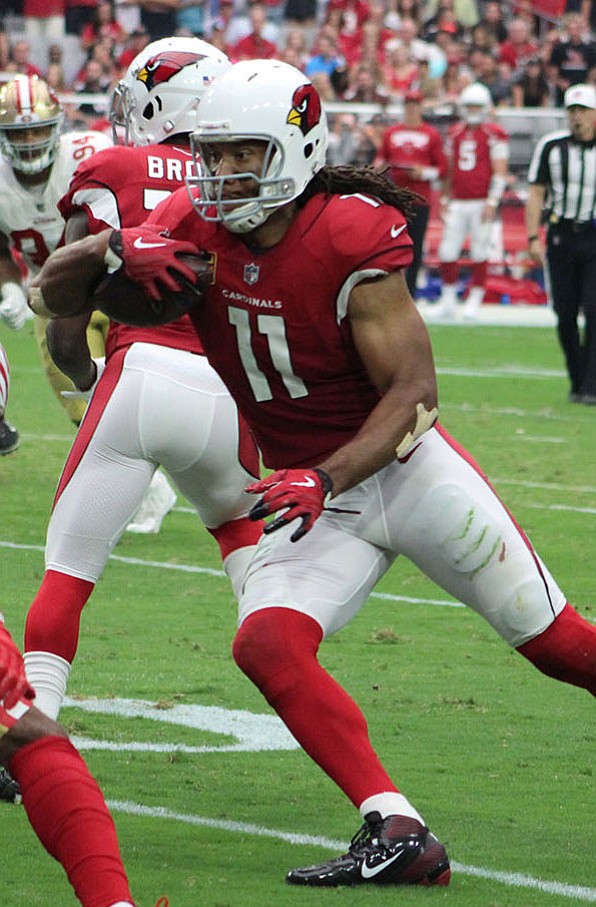 The Cardinals have a new head coach and quarterback, but ageless veteran Larry Fitzgerald is set for his 15th NFL season. (Daily Miner file photo)

GLENDALE (AP) – Coach Jay Gruden brings his Washington Redskins across the country in search of his first season-opening win in five tries. The Arizona team he’s facing is a bit of a mystery.

The Cardinals have overhauled almost everything in the wake of the retirement of coach Bruce Arians.

But Gruden isn’t sure just what to expect when the teams meet Sunday in newly renamed State Farm Stadium.

“That’s a great challenge really. There’s a lot of film to look at from their past history as coaches. Obviously, in Carolina and coach (offensive coordinator Mike) McCoy, we’ve got a lot of stuff on tape when he was a coordinator and a head coach,” Gruden said. “It’s just hard to figure out how they’re going to use the personnel that they have and how they’re going to go about putting their X’s and O’s together.”

The 125th meeting in the history of the franchises will feature veteran quarterbacks making their debut with a new team, Alex Smith for Washington and Sam Bradford for Arizona.

Smith, acquired in a trade with Kansas City, hasn’t lost an opener since 2014, but doesn’t overemphasize the game just because it’s the first one.

Bradford is especially eager to get back on the field. He’s coming back from yet another significant left knee injury. He said he feels better than he has in “a long time.”

The offense he directs will center around the multi-talented David Johnson, who returns after fracturing his left wrist in the season opener.

“I feel good,” said Johnson, who led the NFL in yards from scrimmage and touchdowns two seasons ago, “probably the best I’ve ever felt coming into a season, and I can’t wait to get started.”

Arizona’s ageless Larry Fitzgerald returns for his 15th NFL season. He’s caught a pass in 211 consecutive games, second-longest such streak in NFL history. He matched his career high and franchise record with 109 catches last season, second most in the NFL.

Fitzgerald needs 390 yards receiving to pass Terrell Owens into No. 2 on the NFL all-time list. He needs 92 catches to move past Tony Gonzalez into second on the career receptions list.

Wilks has emphasized physical play and toughness in his first offseason and preseason programs, and he believes the team has developed an identity, one that’s far from the big-play Cardinals of recent years.

“As much as we emphasize and we talk about the physicality and the effort,” he said, “you’ve seen that throughout the four preseason games, attention to details, those kind of things.”

A Cardinals coach hasn’t won his debut game since Larry Wilson did it after Bud Wilkinson was fired 13 games into the 1979.

Adrian Peterson went from out of a job for most of training camp to Washington’s starting running back in less than a week. In his first regular-season game since November, Peterson faces the same Cardinals team he spent his last six games with in 2017, rushing for 448 yards and two touchdowns.

Peterson thinks the Redskins’ offensive line will help him more than others in the previous couple of years, including New Orleans at the start of last season and Minnesota in 2016.

“Last couple years I really had to kind of force things,” Peterson said. “I have guys in front of me that I can trust, heck of a group, so it’s just being more patient.”