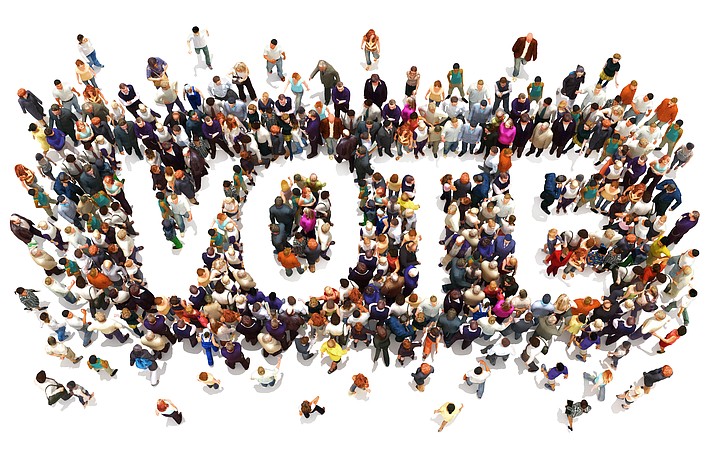 Mohave County recently broke their record for voter turnout in a primary election. The uptick in voters, coupled with records broken by other counties across the state, contributed to a new voter primary election turnout record not only for Mohave County but also for our state.

While we applaud the increase in voter turnout, we know Arizona can do better. Here’s how:

Over one million Arizonans are still eligible to register to vote. To put that in perspective, the combined total population of Mohave, Yavapai, Pinal and Cochise Counties is approximately one million. The good news is registering to vote in Arizona is easy and can be done at your home or on your phone through www.Arizona.Vote.

While every day provides an opportunity to register to vote, we particularly encourage you to spread the word to family, friends, neighbors, colleagues and people you meet on and around National Voter Registration Day (Sept. 25).

On National Voter Registration Day, election offices, nonprofit organizations, college campuses, businesses and other entities promote voting through events, technology and media as well as through directly helping citizens register to vote. And with the deadline in Arizona for November’s election just two weeks later (Oct. 9), now is the time to make sure eligible Arizonans are registered to vote.

Time and time again we have each heard from citizens concerned that they don’t have enough information to make an informed decision at the polls. The good news is that the Office of the Arizona Secretary of State developed www.Arizona.Vote – a one-stop election shop - to help Arizona voters navigate elections in an unbiased manner.

At www.Arizona.Vote you can find information including: key election dates such as the deadline to request to vote by mail; background on legislative, statewide and federal candidates; statewide issues that will appear on the ballot; campaign contributions and expenditures; and your polling location and what you need to bring with you to the polls.

Although more Arizonans voted in the recent primary election than in any previous primary election in our history, only about one in three registered voters actually voted. Our democracy works best when citizens participate. You can choose to let other people make decisions that impact the future or you can exercise your right to vote and make your voice heard. Voting is an important step in making sure our elected officials take the issues we care about into account.

Michele Reagan is Arizona’s Secretary of State. Diane E. Brown is the Executive Director of the Arizona PIRG Education Fund.