Candidate for US House of Representatives David Brill comes to Kingman 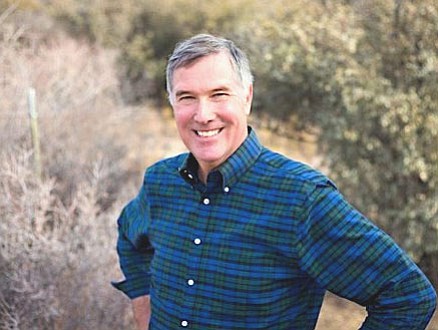 KINGMAN – Dr. David Brill (D-Prescott), candidate for U.S. House of Representatives from Arizona’s 4th Congressional District, will be in Kingman for a meet-and-greet fundraiser from 5-7 p.m. Monday at Calico’s Restaurant, 418 W. Beale St.

Brill has been a frequent face in the news recently because six siblings of U.S. Rep. Paul Gosar, who currently holds the congressional seat sought by Brill, have publicly endorsed the Democratic candidate. The siblings say in a video that electors should not cast votes for Gosar because he has broken with the family’s values.

“The Gosar siblings have long been on record as critical of their brother Paul, but this is the first time they have endorsed a competing candidate or actively involved themselves in a political campaign,” Brill wrote in a press release. “They feel this is a matter of civic duty, making their public statements even more compelling.”

Brill told The Daily Miner in February that he entered the race out of frustration with how things have been going in the district and gridlock in Congress, and because of the opportunities he’s had in the private sector.