What comes next in Facebook's major data breach 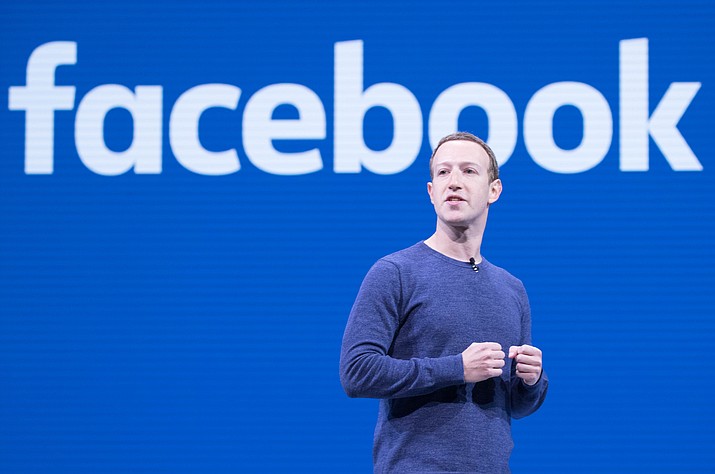 Facebook CEO Mark Zuckerberg makes the keynote speech at F8, Facebook's developer conference in San Jose, Calif., in May Facebook says it recently discovered a security breach affecting nearly 50 million user accounts. In a blog post, Friday, Sept. 28, the company says hackers exploited its "View As" feature, which lets people see what their profiles look like to someone else. Facebook says it has taken steps to fix the security problem and alerted law enforcement. (Photo by Anthony Quintano from Honolulu, HI, United States (Mark Zuckerberg F8 2018 Keynote) [CC BY 2.0 (https://creativecommons.org/licenses/by/2.0)], via Wikimedia Commons)

NEW YORK (AP) – For users, Facebook's revelation of a data breach that gave attackers access to 50 million accounts raises an important question: What happens next?

For the owners of the affected accounts, and of another 40 million that Facebook considered at risk, the first order of business may be a simple one: sign back into the app. Facebook logged everyone out of all 90 million accounts in order to reset digital keys the hackers had stolen – keys normally used to keep users logged in, but which could also give outsiders full control of the compromised accounts.

Next up is the waiting game, as Facebook continues its investigation and users scan for notifications that their accounts were targeted by the hackers.

What Facebook knows so far is that hackers got access to the 50 million accounts by exploiting three distinct bugs in Facebook's code that allowed them to steal those digital keys, technically known as "access tokens." The company says it has fixed the bugs.

Users don't need to change their Facebook passwords, it said, although security experts say it couldn't hurt to do so.

Facebook, however, doesn't know who was behind the attacks or where they're based. In a call with reporters on Friday, CEO Mark Zuckerberg – whose own account was compromised – said that attackers would have had the ability to view private messages or post on someone's account, but there's no sign that they did.

"We do not yet know if any of the accounts were actually misused," Zuckerberg said.

The hack is the latest setback for Facebook during a tumultuous year of security problems and privacy issues . So far, though, none of these issues have significantly shaken the confidence of the company's 2 billion global users.

This latest hack involved bugs in Facebook's "View As" feature, which lets people see how their profiles appear to others. The attackers used that vulnerability to steal access tokens from the accounts of people whose profiles came up in searches using the "View As" feature. The attack then moved along from one user's Facebook friend to another. Possession of those tokens would allow attackers to control those accounts.

One of the bugs was more than a year old and affected how the "View As" feature interacted with Facebook's video uploading feature for posting "happy birthday" messages, said Guy Rosen, Facebook's vice president of product management. But it wasn't until mid-September that Facebook noticed an uptick in unusual activity, and not until this week that it learned of the attack, Rosen said.

"We haven't yet been able to determine if there was specific targeting" of particular accounts, Rosen said in a call with reporters. "It does seem broad. And we don't yet know who was behind these attacks and where they might be based."

Neither passwords nor credit card data was stolen, Rosen said. He said the company has alerted the FBI and regulators in the United States and Europe.

Jake Williams, a security expert at Rendition Infosec, said he is concerned that the hack could have affected third party applications.

Facebook confirmed late Friday that third party apps, including its own Instagram app, could have been affected.

News broke early this year that a data analytics firm once employed by the Trump campaign, Cambridge Analytica, had improperly gained access to personal data from millions of user profiles.