Wet winter adds fuels, wildfires could be an issue over the summer 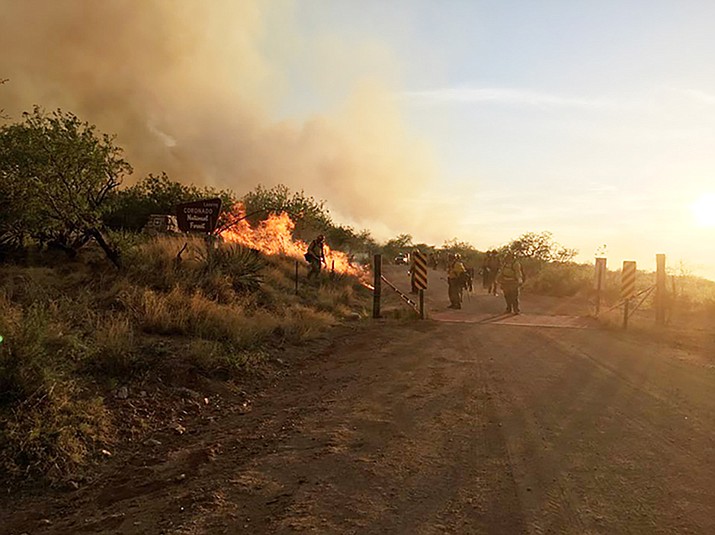 A burnout operation during the 2017 Sawmill Fire in the Coronado National Forest. (Arizona Department of Forestry and Fire Management file photo)

PHOENIX – All that wonderful rain and snow this winter is going to create perfect conditions for more and larger wildfires this summer, according to a key state official.

"A wetter winter is good for our drought,'' said John Truett, a fire safety officer with the state Department of Forestry and Fire Management. "But it also adds to the fuels and fine fuels.''

Gov. Doug Ducey said this has been the sixth wettest winter on record, at least for the Phoenix area.

Put simply, all that new greenery that has sprung up this spring won't keep that color once the summer heat comes on. And once it dries out, it creates more opportunities for fires to spread far and wide.

Truett compared it to 2005 Cave Creek Fire that took about three weeks to bring under control. It also became the state's third-largest fire ever.

"That's what a wetter winter will do to us, increase that fuel loading,'' he said. "And it makes a continuous fuel bed, all the way out there.''

That, Truett explained, makes it harder to fight than some forest fires because there aren't the dirt roads running through the area for fire crews to get access.

"That's why they'll spread a little bit further,'' he said.

The high country, said Truett, is a bit of a different situation.

"Obviously the fuels did absorb a lot of that moisture,'' Truett said. "But if we do get a drier, a little bit warmer spring, it could dry out and we could become critical again.''

And he emphasized that the fire situation in the forests is not strictly a function of how much rain and snow fell during the prior winter.

"The thing to remember is the prolonged drought. It's created a lot of dead trees, dead brush,'' Truett said. "Dead brush doesn't come back, dead trees don't come back,'' he said.

Ducey added his own words of caution, saying the vast majority of fires are caused by humans, whether from abandoned campfires or intentional acts.

And then there was the Sawmill Fire in 2017 in Southern Arizona, started when a Border Patrol agent set off an explosion as part of a "gender reveal'' party. It went on to burn about 46,000 acres southeast of Tucson.

"So, please, be responsible when you're enjoying the great outdoors,'' the governor said.

Ducey also reminded people that it is illegal – and dangerous – to fly drones in areas of wildfires, with the devices getting in the way of air support operations.