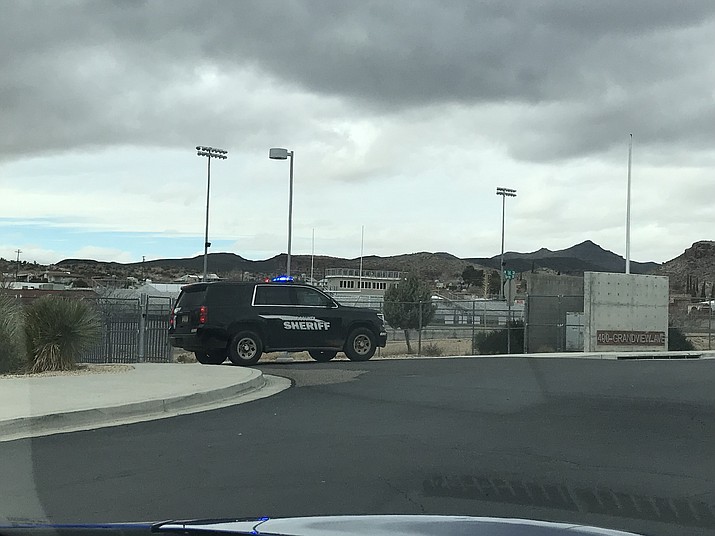 A Mohave County Sheriff's Office vehicle is pictured at Lee Williams High School during a lockdown Feb. 4, 2019. Marc Heywood, 16, a sophomore at Lee Williams, was killed Wednesday, April 3, 2019 when his ATV collided with a motorized bicycle in Golden Valley.(Shane Sexton/For the Daily Miner file photo)

An ATV was traveling on Egar Road behind a semi-truck when the ATV crossed over into the left lane to avoid the dust caused by the truck.

The ATV then collided with a motorized bicycle that was traveling in the opposite direction. The operator of the ATV was identified as Marc Heywood, 16 of Golden Valley, and was pronounced deceased on scene.

The driver of the motorized bicycle received serious injuries and was transported to a Las Vegas hospital. Neither operator was wearing a helmet at the time of the collision. Impairment is believed to be a factor. This investigation is ongoing.