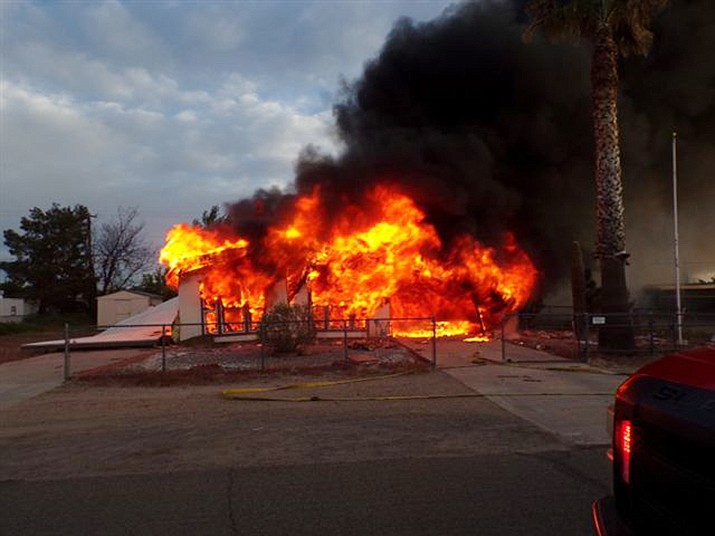 It took Northern Arizona Consolidated Fire District personnel about 30 minutes to put this fire in the 2200 block of Northfield Avenue down Tuesday morning. (NACFD photo)

KINGMAN – The Northern Arizona Consolidated Fire District responded to a structure fire in the 2200 block of Northfield Avenue Tuesday, April 9, and arrived to find the structure fully engulfed.

NACFD responded to the single-family dwelling at about 6:31 a.m. Tuesday. Two residents were in the double-wide mobile home at the time of the fire, but both escaped the structure and were outside by the time NACFD arrive on scene. Both suffered burns and were transported to Kingman Regional Medical Center.

Crews had the fire dealt with in about 30 minutes, though there was “extensive” mop-up and overhaul required.

The investigation is ongoing, and the estimated property loss is as of now undetermined. Those with information on the incident can contact Interim Fire Chief Tim King or Battalion Chief Don Dallman at 928-757-3151.