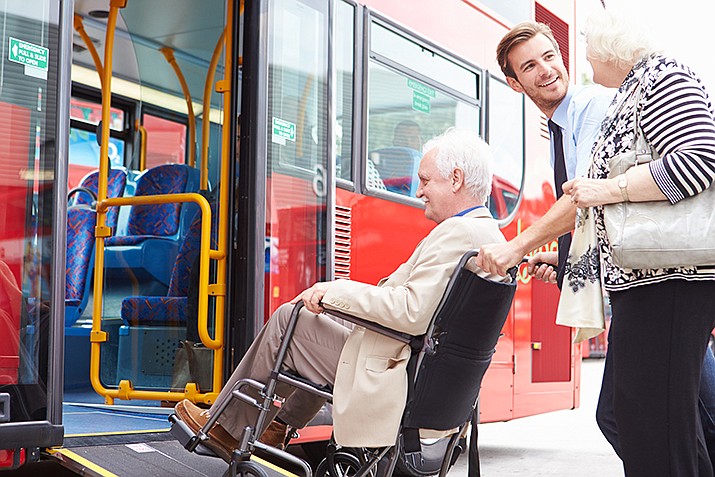 "Feel good" stuff goes on all the time. Let us try to remember these moments and spend less time on the bad stuff that we can't change. (Adobe Images)

Waking up this morning to a gloomy day was just a bit depressing, I have to admit. Even though I am quite thankful just to wake up, I have become a bit spoiled from living here in Kingman for the last five years. I think the sun just makes the day better.

While scrolling through the Kingman buy-sell-trade section of my Facebook, my faith in human nature was revived. A person posted something about being new to Kingman and had come here with almost nothing, other than her two children who came with her.

She asked if anyone might have furniture, household goods, or anything of that nature. She even mentioned that the refrigerator wasn’t working. A lot of people will often post answers that are unkind. Some will even mention, "This is not a free site. It is for selling and trading."

As I read through the responses, I was amazed that not one single person said ANYTHING negative. On the contrary, many even suggested local agencies that might be able to help. There were those who offered furniture, and even asked what size clothes the children wore.

What an outpouring of community spirit. These people knew absolutely nothing about this woman or her family, but jumped right in to help her out. No one asked her questions about how she happened to end up here, nor did they judge her in any way. Someone asked for help, and they answered.

In our world today, it seems we hear so much negative stuff, we often miss out on the really good news and stories. I recently posted on my Facebook asking my friends and family to please NOT post photos and stories about child abuse and animal abuse. Once I see the picture or film, I cannot un-see it. It can often linger in my head for the rest of the day like those commercials we are subject to on television to get us to send money to the ASPCA and that sort of thing.

My sister and I do send money to them on a regular basis. Looking at horrific images on the screen would not influence us in the least. Instead, we often just have to change the channel. We can only do what we can do.

We can't make everyone kind and giving. We can't make evil people into angels. Interesting how it seems the ones who are in the best position to help others often do the least. I frankly do not GET this. But I am surely not perfect enough to judge how others give of themselves and their money.

Getting back to my original thought – Kingman has some very nice and giving people. For a small town, we always seem to be raising money for people or just giving them something we have to help them out.

Just the other day while on one of my Walmart walks, I was approached by a stranger. She sort of came out of nowhere. She asked me NOT for any money, but she said, "Are you OK? Do you need any help?"

I was totally taken back for a moment. Then she said, "I thought maybe you were homeless and might need some assistance." Now granted, I don't put on my Sunday best to walk to Walmart, but when I looked down at myself, I was clean, all my clothes matched (sort of), and I was walking straight. Maybe I look so old, she just assumed I should not be out walking by myself.

In any case, she was very kind and concerned. That's what I am talking about. A while back, a customer in front of me at the store, offered to pay for my groceries. It was only a few items, but I was a bit stunned. I did thank him for the offer and suggested he "pay it forward" to someone else who might be more in need.

I did that once myself when I saw someone trying to pay with a food stamp card that had no food money left on it. I was glad to pay the small amount, and they were very gracious and grateful. This "feel good" stuff goes on all the time. Let us try to remember these moments and spend less time on the bad stuff that we can't change.

Oh yeah, the other day I found a dollar bill on the sidewalk. I almost just walked past it because I figured it was just one of those "joke" dollars. Well, it was a real one. About half a block down I found another dollar bill. I began looking around to see if someone might be filming this and wanted to see how many people would pick up the money. As I continued my walk, I admit I was wondering if there might be a bigger bill along the way.

I only ended up with the two dollar bills and thought the whole thing was funny. When I got home and threw the two bucks on the table, I actually felt kind of bad. It was a windy day and perhaps someone had dropped it, and the wind just took it too far away.

If YOU are the owner of the two dollar bills, just send me a note. I got your back.

Community View | Giving helps forget the bad stuff
Older Than Dirt: What's Your Policy?
We should be counting our lucky stars. Or should we?
Trying to get rid of stuff gets me wired
Local Life Column: The secret of our success
Event Calendar