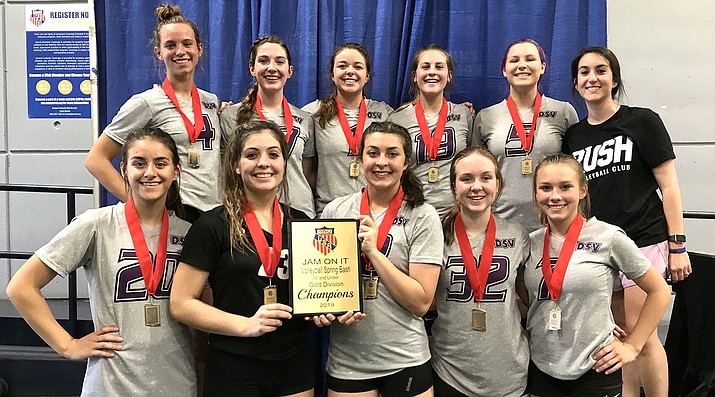 KINGMAN – It was another successful outing for the RUSH 18U volleyball squad as it won a title at the Jam on It Spring Bash in Las Vegas.

“After a tough three-set match for the championship they came out on top again,” said RUSH head coach Sarah Casson. “I have been so proud of these girls and how far they have come since our first tournament this year. They are working together as a team and it’s been awesome.”

Meanwhile, the RUSH 16U squad battled to a second-place finish.