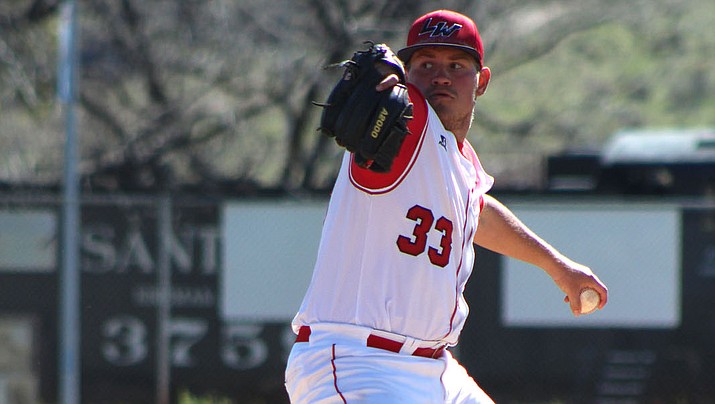 KINGMAN – The Bathauer brothers made sure their final regular season home game ended in triumph Tuesday as the Vols cruised to a 10-3 win over No. 31 ranked Mingus.

Matt Bathauer struck out 12 on the mound in six innings of work, while Mike Bathauer went 3-for-4 with three runs batted in to lead Lee Williams to its sixth straight win.

Justin Martinez and Garrett Diem each added two hits and a RBI as the Vols outhit Mingus by an 11-6 margin.

Lee Williams trailed 1-0 after the first inning, but rallied back with four runs in the third and five more in the fifth to pick up the victory.

Lee Williams then awaits its seed in the 4A State Championship set to begin at 4 p.m. Saturday, April 27.