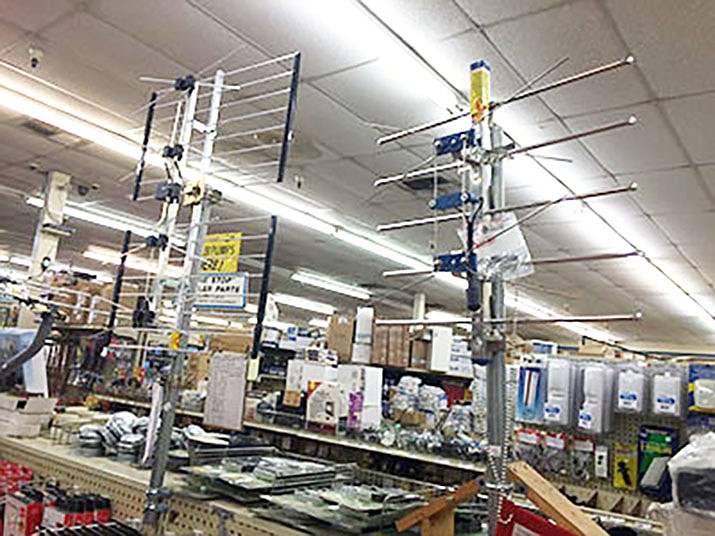 LAKE HAVASU CITY – Local broadcasters have been trying for years to join the lineup of channels offered by Mohave County’s Television Improvement District, but according to Mohave County Supervisor Buster Johnson, doing so would require a literal act of the Arizona Legislature.

The Television Improvement District has existed since 1983 and is the only district of its kind in Arizona. Initially provided to offer UHF television reception through a series of signal translators, the district allows antenna-based television broadcasting in a mountainous region that would otherwise be inhospitable to television reception. According to Johnson, the district required an act of the state’s Legislature specific to Mohave County, which would allow the district to rebroadcast – but never produce – television content.

On Monday, the Mohave County Board of Supervisors directed county staff to investigate the possibility of how such stations might be allowed to join the district’s lineup.

It’s not the first time local broadcasters have attempted to join broadcasting on the county’s Television Improvement District. County supervisors investigated the possibility of adding TV2 to the district’s channel selection in 2014, but TV2 representatives withdrew their request in 2015.

“Right now, the way it’s set up, we can’t put any local channels on the TV Improvement District,” Johnson said. “We can’t broadcast original (content). We can only rebroadcast. We’d have to get the state (Legislature) to pass a new act which would allow us to apply for an FCC license. Then we’d have to apply for that license, and it’s not guaranteed we’d even get it. Then we’d have to assign staff to watch over it because as the permit-holders we’d be responsible for the content. Are we going to do all of that for just one or two small broadcasters?”

The Television Improvement District has been operating at a financial loss since 2016, according to Mohave County Assistant Manager Yvonne Orr. While further improvements to the district might not be impossible, they would be a challenge to implement, Orr said. This year, 18 of the district’s television licenses were moved to different channels to coincide with a 2018 order from the FCC to improve channel plan compatibility and antenna designs.

According to Orr, even if new local broadcasting was permitted, it would require a detailed agreement with such a broadcaster and county subcontractors. That agreement would ultimately have to be approved by the Mohave County Board of Supervisors.