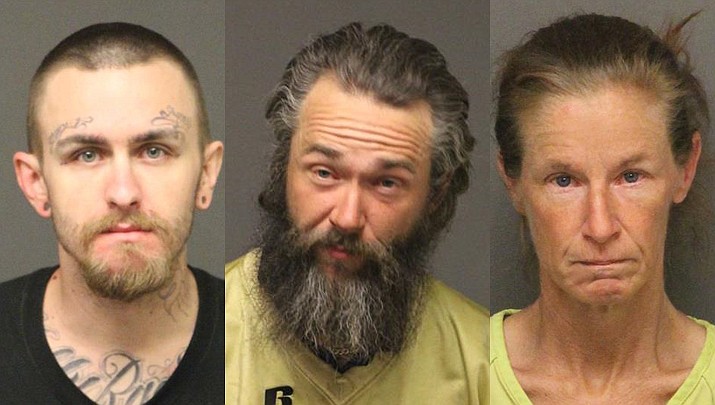 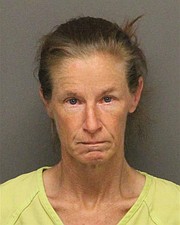 Kingman Police arrested Bridgette Marie Green-Holder, 43 of Kingman, at approximately 5:30 p.m. Wednesday, April 17. Officers responded to a residence in the 900 block of Madison St., in reference to the report of a female trespassing in the back yard of the home.

Officers arrived and located Green-Holder as she was leaving the yard. It was determined that Green-Holder had broken into the residence, caused damage and stole assorted items valued over $1,000.

Green-Holder was found in possession of the stolen items and admitted involvement in the offense.

She was arrested and booked into the Mohave County Adult Detention Facility on felony charges of burglary second degree and criminal damage. 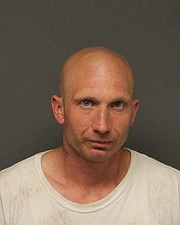 An officer observed Savage doing work in a yard in the area of Motor Avenue and Harrison Street, and attempted to contact Savage knowing that he had a warrant, for a previous unrelated incident.

Savage fled on foot leading officers on a foot chase throughout the neighborhood. During the chase Savage jumped in and out of several fenced residential yards.

At one point Savage entered a home in the 2000 block of Harrison Street As officers entered the home in pursuit Savage fled. Savage was surrounded and captured in the area of Gates Avenue and Harrison Street. He was arrested and booked into the Mohave County Adult Detention Facility on felony charges of resisting arrest and misdemeanor charge of first degree trespass. 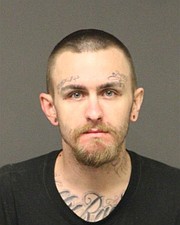 Officers located Sikes inside a drainage tunnel underneath the 400 block of W. Beale St. When Sikes was located and taken into custody on his felony warrant for probation violation he was found to be in possession of methamphetamine, heroin and marijuana, and associated drug paraphernalia. 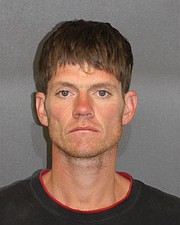 An officer observed a motorcycle operating at a high rate of speed on Topeka Street. The officer attempted to contact the driver when the motorcycle fled south into a desert area.

The driver and motorcycle where located in the 400 block of Hoover Avenue and the driver fled again. The driver crashed the motorcycle and fled barefoot after losing his shoes.

Officers located and arrested the driver, Brzezinski, in the 400 block of S. Fifth Street. It was determined that the motorcycle had been reported stolen to the Mohave County Sheriff’s Office.

Brzezinski also had five felony warrants for failure to appear on assorted charges. Brzezinski, who denied involvement in the offense, was arrested and booked into the Mohave County Adult Detention Facility on charges of possession of stolen property, five felony warrants and a misdemeanor charge of driving while license suspended/revoked.

A search warrant was obtained for Brzezinski’s DNA in an effort to connect him to the stolen motorcycle, helmet and shoes that were left at the scene of the crash. 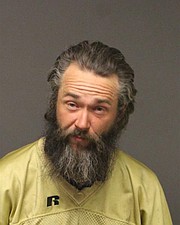 Miskill was the suspect in a reported shoplifting incident at a store in the 3300 block of N. Stockton Hill Road. It was reported that Miskill ran from store security staff. Officers located Miskill in the Mohave Wash behind the store, where he was taken into custody and found in possession of methamphetamine and the associated drug paraphernalia.

Miskill was booked into the Mohave County Adult Detention Facility. 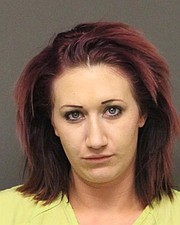 On January 4, 2019, deputies responded to a business in the 5200 block of Highway 95 in reference to a shoplifting incident.

Deputies made contact with loss prevention staff, who advised that a female subject, identified as Millard from previous contacts, was observed on store surveillance entering the store, going to different departments in the store, placing items from the shelf in her shopping cart, then returning those items for money at return counter.

When asked, Millard provided staff with receipts for the purchase of the items, but was never seen purchasing the items during her time in the store. The returned items equaled to a return value of approximately $90, which Millard accepted and left the business.

Saturday, April 13 deputies contacted Millard, who was in custody at the Mohave County Adult Detention Facility for an unrelated matter. When asked, Millard denied the accusations. Megan Leann Millard was charged with the above felonies. 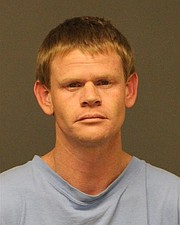 Tuesday, April 16 at approximately 8:30 p.m., deputies were called to a residence in the 4400 block of Calle Del Media to an agency assist call. Mohave County Probation advised deputies they believed they found illegal drugs and a K-9 was called to respond to the scene.

K-9 Doc gave a positive alert for illegal drugs and 4 grams of a crystal substance was located, which tested positive for methamphetamine. Assorted drug paraphernalia was also located during the search. Bobby Leroy Westfall III was arrested and booked into Mohave County Adult Detention Facility without incident.