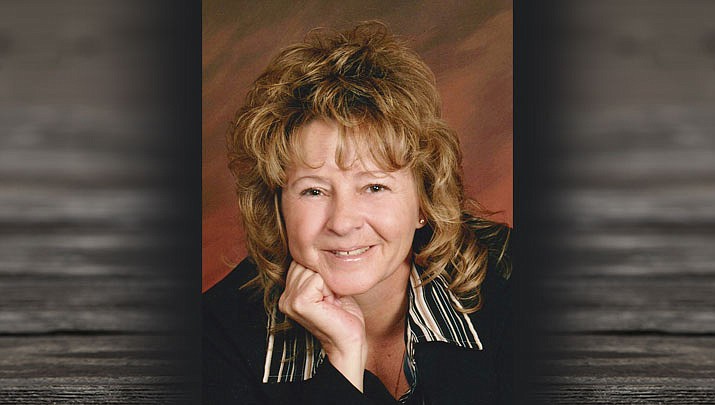 Cledia Nadine Jensen (Esquerra) now rests in the heavenly house that He has built.

She passed away on April 17, 2019, at the age of 56 in her hometown of Kingman, Arizona at the Kingman Regional Medical Center after a heart attack.

Cledia’s son; Nicholas, was a gift from God and the center of her world.

Obstacles never limited her from seeking excellence in her work or encouraging the best in others. This was evident in her multiple awards of distinctions in retail (K-Mart and Ross). Her belief in Jesus resulted in an attitude of openness and compassion to care for others regardless of her limited resources. Through her devotion, she touched the lives of many with no distinction of love among her family and friends.

Cledia was born in Kingman, Arizona on Sept. 9, 1962, to Roger and Suzanne Esquerra, the first grandchild of Raymond and Eva Esquerra. Although she spent time in Florida, Kansas, and Nevada, she always returned to Kingman where she called home.

In lieu of gifts and flowers, you may donate to Nicholas Jensen’s educational IRA by contacting Anita (989-573-1657).