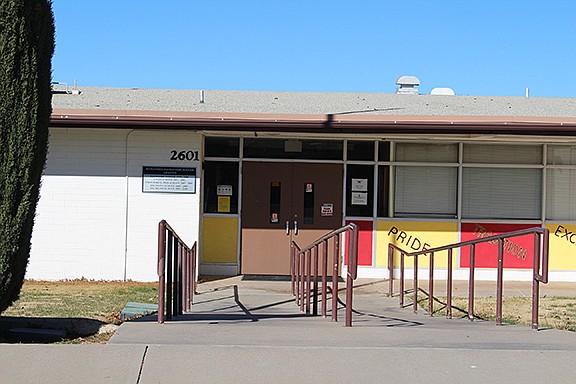 Kingman Unified School District has changed its school times for the 2019-2020 school year. Students will have to be dropped off a certain amount of minutes earlier or later than the 2018-2019 school year. (Daily Miner file photo)

KINGMAN – Parents will have to wake up earlier or a bit later to get their children ready for school starting the 2019-2020 school year.

Kingman Unified School District has changed its bell times for all of its schools except Black Mountain School, Hualapai Elementary and White Cliffs Middle School.

KUSD superintendent Roger Jacks said the change is to reduce the number of bus routes because of the shortage of bus drivers.

Another challenge the district faces when it comes to transportation is the buses needed for athletics and how late buses are running in the afternoon dropping off students back home.

Kingman Middle School student must be dropped off by 7 a.m. and will be released at 3:40 p.m.

Hualapai Elementary School didn’t have a change in bell times. Drop off time is still 6:50 a.m. and release time is 2:40 p.m.

Black Mountain students didn’t have a change in times either. Its drop off time is still 7 a.m. and release time is 3:35 p.m.

Mount Tipton didn’t see much of a change with its drop off time still remaining at 7:25 a.m. but its release time on Thursday is now 12 minutes later at 3:30 p.m.