Supervisor Gould calls them as he sees them 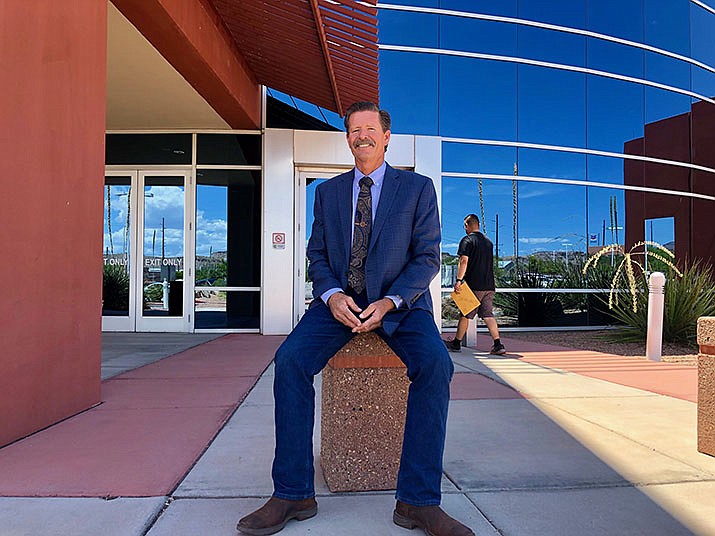 KINGMAN – Years before he became a Mohave County supervisor, Ron Gould was just another Californian escaping the Golden State. It started to lean left, which wasn’t to his liking.

“Too many darn people,” he said. “You have no quality of life. Whatever you want to do, you have a million of other people who want to do the same thing. You spend your life sitting on a freeway.”

Frustration with President Jimmy Carter’s failure to retrieve American hostages from Iran made him vote in his first presidential election for Ronald Reagan.

“Carter was destroying the country. Worldwide, the country was a laughing stock,” Gould said. “We looked ridiculous in the middle of the cold war. Militarly we looked weak, and the economy was suffering.”

“Whether we started the problem or not, it’s irrelevant,” he said when asked about the 1953 coup in Iran orchestrated by the U.S.

Gould was involved with the Libertarian Party while in California. After moving to Arizona, he joined local Republicans. He ran for the Lake Havasu City Council because he was tired of people making bad decisions on his behalf. A state senator from 2005 to 2013, he was elected to the Mohave County Board of Supervisors in 2018.

He is known for his close reading of the board’s agenda, making sure that his constituents understand the items.

In Mohave County, social issues don’t play much of a role in his job as supervisor, but in his legislative past, Gould sponsored a bill to ensure that marriage will be reserved for heterosexuals only. He perceives being gay as harmful and points to statistics which, according to him, prove a homosexual male’s life expectancy is 42 years.

“So you think they die younger because of their sexual orientation?”

“That’s why they die,” Gould replied. “We all have our sins, but we should try to suppress them. Alcoholism is harmful, too, but we don’t see groups promoting alcoholism.”

Gould admits gay people have the same civil rights, but marriage is not one of them. “It used to be ‘tolerate us,’; now it’s ‘accept us,’” he said.

A small-government oriented fiscal conservative, Gould sees the government as a drag on the economy and his role as slowing it down as much as he can. He doesn’t believe in government incentives for businesses either.

“I’ve learned how popular he is on the Election Day,” he said. “Not a tariff guy, I’m a free trader. But it seems that the tariffs are actually working. We are collapsing the Chinese economy.”

“Even if we have it, it is not man-caused,” he said. “Man can’t change the weather.”

He admits that “it worked out poorly” that the board announced its support for Needles, California as a Second Amendment sanctuary city just after a pair of recent mass shootings. But he said he thinks the shootings result from mental health issues.

“It’s generally white men, I will agree. It’s just weird that it works out that way. I guess that’s something for sociologists to figure out. Man has a sin nature. You’re going to do evil, if you are not conditioned to do good.”