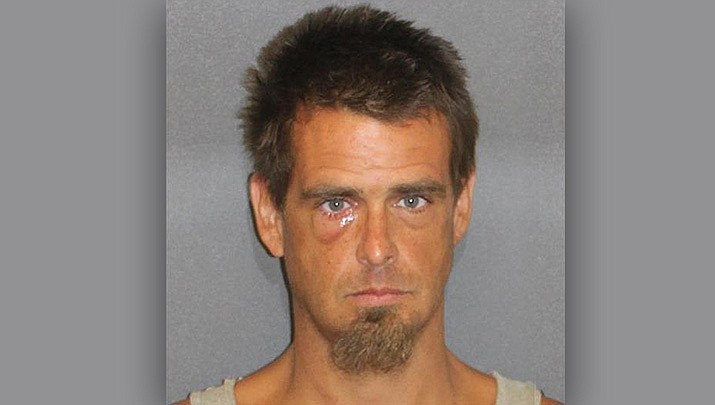 On July 29, an officer attempted to stop Freeman in the downtown Kingman area for a traffic violation. Freeman, who was operating an unregistered ATV, allegedly fled from the officer.

Freeman was not located until Monday. The same officer observed the ATV to be at a residence in the 200 block of Maple Street. Freeman was observed exiting the residence at which time he was taken into custody.

Freeman was found to be in possession of suspected methamphetamine. Freeman, who admitted involvement in the offense, was booked into the Mohave County Adult Detention Facility.

At approximately 4:35 p.m. Monday, Aug. 5 officers responded to a store in the 3300 block of North Stockton Hill Road regarding two alleged female shoplifters. Officers arrived and the female suspects fled on foot.

Davis and Austin were booked into the Mohave County Adult Detention Facility.

Kingman Police Department officers arrested Erick Whitten Platt II, 28 of Kingman, on felony charges of burglary, attempted burglary, possession of burglary tools, and possession of dangerous drugs on Monday, Aug. 5. He was also arrested on a misdemeanor charge of trespassing.

Platt had been wanted in connection to a residential burglary on July 31. He had allegedly been observed breaking into a home in the 200 block of Walnut Street.

Investigators learned that Platt had attempted to burglarize the same home on another occasion. Monday the investigating officer observed Platt riding his bicycle in downtown Kingman. He was taken into custody after a brief attempt to flee on his bicycle.

Platt was found with suspected methamphetamine. He was booked into the Mohave County Adult Detention Facility and facing additional charges in other incidents. 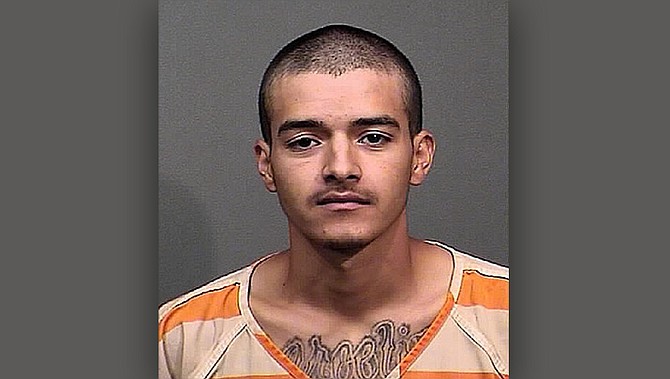 Mohave County Sheriff’s Office deputies arrested Mario Uribe, 25 of Littlefield, for aggravated assault with a deadly weapon per domestic violence, disorderly conduct with a weapon, possession of a weapon by a prohibited person, narcotic drug possession, and drug paraphernalia possession, all felonies.

On July 4, deputies responded to the 3600 block of S. Lake Mead Drive to a domestic violence situation. The victims reported Uribe allegedly drew a handgun while making threats.

The victims heard several gunshots from the front yard and thought he fired the gun into the ground. Deputies were unable to locate Uribe, but found several shell casings in the front yard.

At 6:30 p.m. Saturday, Aug. 3, deputies were in the area, observed Uribe drive by. and attempted a traffic stop.

The vehicle continued on, turning into a residence in the 3800 block of Zion Park Road. Uribe exited the vehicle, and deputies drew their service weapon and gave verbal commands for him to stop. Uribe allegedly began yelling and the homeowners exited and began yelling for Uribe to follow commands. Uribe then was detained. A search revealed 3.5 grams of suspected cocaine.

He was booked into the Mesquite City Jail.