Pickleball returns to Kingman
Starting Aug. 25, the gym at Palo Christi Elementary School will be open for pickleball every Sunday 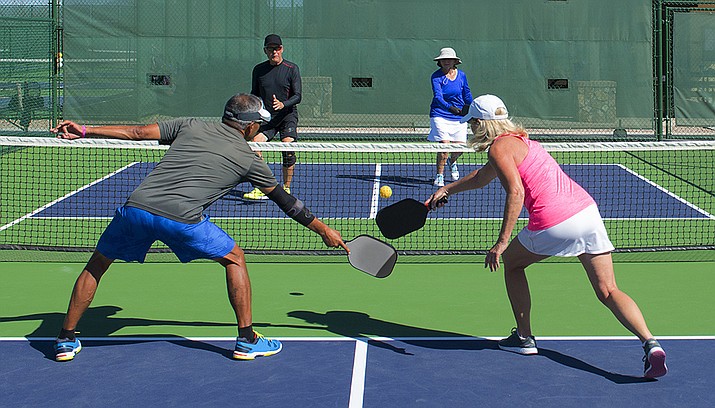 Recreation Coordinator Ryan Fruhwirth explained pickleball is increasing in popularity throughout the country, and will return to Kingman within the next few weeks. (Adobe Images)

KINGMAN – “You can’t have a bad day playing pickleball,” said City Recreation Coordinator Ryan Fruhwirth, who was excited to announce the sport is returning to Kingman after an approximate two-year hiatus.

Fruhwirth explained pickleball is increasing in popularity throughout the country. That could be for a number of reasons, be it that the sport can be played indoors and is accommodating to all ages, or that it’s easier to get a few people together than a larger group for a pick-up basketball game.

“Pickleball is like a condensed version of tennis,” Fruhwirth said. “It’s played with a heavier weight whiffle ball and a different racket, and it’s been this new sensation that’s been a craze across the country for the better part of 10 years.” 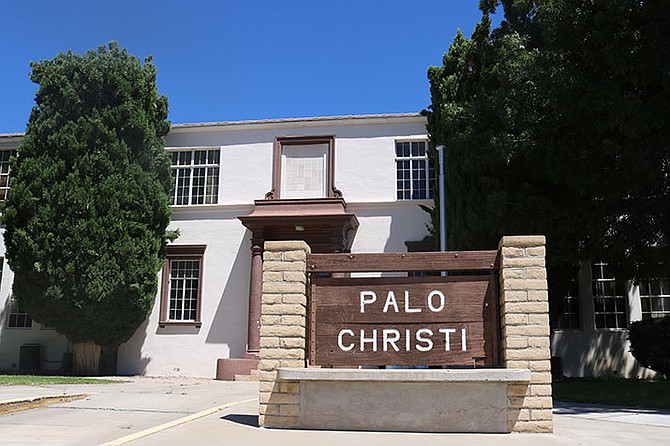 From 11 a.m. to 2 p.m. every Sunday starting Aug. 25., the community can return to the Palo Christi Elementary school gymnasium, 500 Maple St., for some pickleball action. (Photo by Travis Rains/Daily Miner)

The gym at Palo Christi Elementary School was home to Kingman’s pickleball program a few years ago. With use of the gym and community interest in the sport both coming into question, City-sponsored pickleball was put on hold.

“We’ve consistently received inquiries from the public,” Fruhwirth said, noting people moving to Kingman and longtime residents alike were beginning to wonder when pickleball would return.

They now have an answer. From 11 a.m. to 2 p.m. every Sunday starting Aug. 25., the community can return to the Palo Christi Elementary school gymnasium, 500 Maple St., for some pickleball action.

The charge is $2 per person, and the City requests exact change if possible. All equipment will be provided but participants can bring their own. People of all ages may attend, but those under 16 must have a parent present.

“It’s open to people of all ages,” Fruhwirth said. “We’d like to welcome everyone and introduce them to the game.”

While there are sure to be some who have been waiting years for the return of one of their favorite pastimes, there will also be rookies on the court. Those players will be helped along by “pickleball ambassadors,” veterans of the sport who will be present to explain the rules.

Longtime players can help introduce the sport to a new generation, while people of all ages curious about pickleball can swing by to give it a try.

“This is a very fun sport that anyone can pick up and enjoy, even if it’s their first time holding a paddle,” Fruhwirth said.

Participation in the open-gym style pickleball experience will help the Parks and Recreation Department gauge community interest in the program. Should the gym be packed to the brim for those few hours on Sundays, organized pickleball teams and leagues could return to Kingman.

“This really should be a lot of fun for everybody,” Fruhwirth said. “We’re excited to welcome this program back.”