Kingmanites prefer cremation
‘Traditional services are still very strong in the East, but not much in the West anymore,’ funeral house owner says

KINGMAN – How does a funeral cost fit into a budget in today’s precarious economy?

In the past 30 years, the price of funerals in the U.S. has risen almost twice as fast as consumer prices for all items, according to U.S. Bureau of Labor Statistics from 2017. With wages stagnant for decades, less Americans than ever can effort to die in dignity.

According to funeral industry reports, people are increasingly choosing cremation over burial. Cremations surpassed 50% in 2016 and the number is growing, all thanks to baby boomers who find this method more and more acceptable, and significantly cheaper.

A Utah funeral director and volunteer spokesman for the National Funeral Directors Association told the New York Times one-third of funeral homes now run their own cremation equipment and the percentage is growing.

The median cost of a basic cremation is about $2,400. That typically includes transportation of the body, cremation and the return of the ashes to the family. A burial with coffin and typical funeral home services costs $7,400. 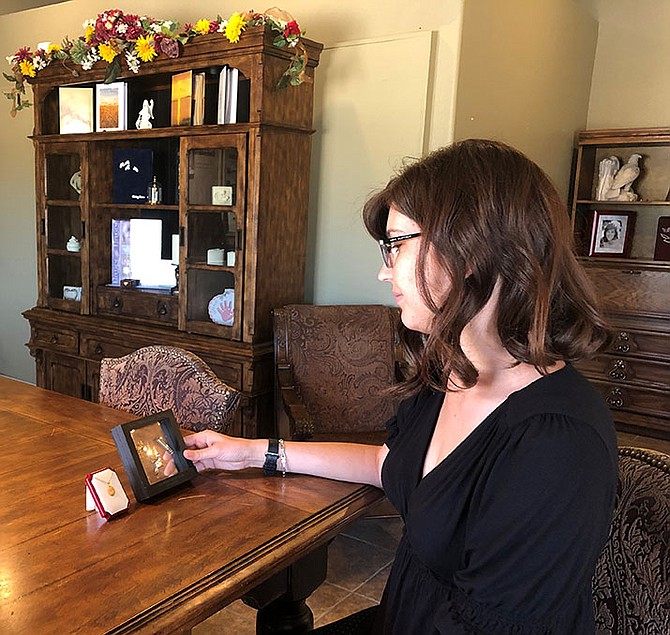 Kristen Lietz, who runs Lietz-Fraze Funeral Home & Crematory in Kingman, a business started by her family over 50 years ago, says the Kingman area has always been pro-cremation.

“We are very high on cremations and always have been,” she said. “It’s a pretty remote area, and it’s hard for family members to get here fast. So families will do a cremation instead, with memorial services at later dates.”

“Traditional services are still very strong in the East, but not much in the west anymore,” Lietz said. “Also, the cost of cremation is a little bit less in the West. It starts around $1,300.”

She confirmed the average price of a burial is about $7,000, but added it can be a lot less, depending on how many death certificates a family wants and what type of casket they choose.

Another fee to be considered is a $2,000 (on average) professional services fee for the funeral provider’s time, expertise and overhead. Others include $310 for transfer of the remains, $695 for embalming and body preparation, $420 for viewing, and $495 for a funeral service. Metal caskets cost about $2,395, a hearse and driver costs $318 and a memorial printed package is another $155. The list continues.

Mohave Memorial Funeral and Cremation Services does slightly fewer cremations than Lietz-Fraze, partly due to the fact they own a cemetery in Lake Havasu City which makes their burial prices attractive. According to a menu of services available at the location, the cost of a direct cremation can be as low as $764 and a “complete traditional funeral service package” is offered at a fixed price of $4,250 without casket. Mohave Memorial also provides veteran discounts.

Lietz said she never sends a family away, and always tries to find a solution, working with families, insurance companies, and sometimes even the county.

“The best way to prepare yourself is to start pre-paying,” Lietz said. “This way you can lock the charges, and if you live another 20 years, you will save thousands and thousands of dollars.”

Last wishes: People have made odd requests at the end
Dignity in death and the costs of burial
Funerals cost less in Arizona
Obituary: Eleanor Galaske-Nelson
Obituary | Alexander Myrion Smith