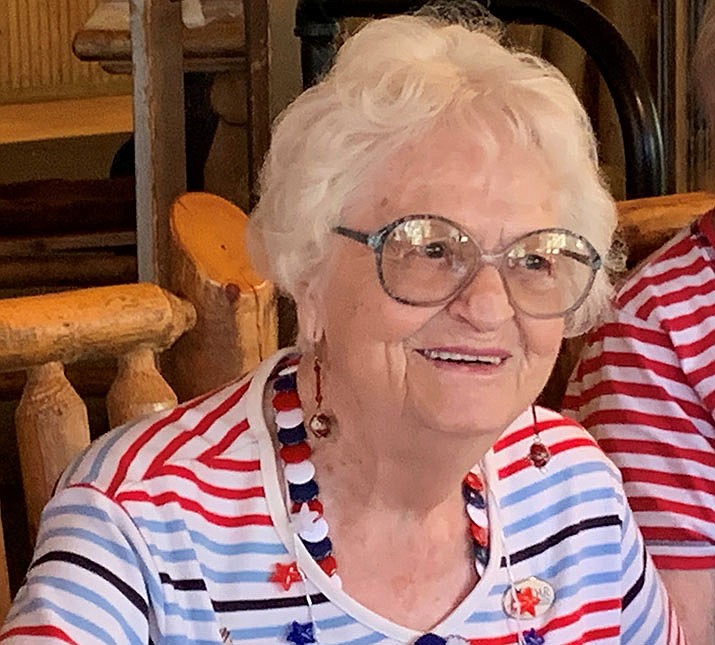 KINGMAN – Lucille Sunde, who was a Rosie the Riveter during World War II, recently celebrated her 99th birthday alongside her friends at the Lewis-Kingman Chapter of the Daughters of the American Revolution.

The Lewis-Kingman chapter held a surprise birthday celebration for Sunde, of Meadview, at Hualapai Mountain Resort Saturday, Aug. 10. Sunde was born on Vancouver Island in British Columbia, Canada, before moving to Seattle when she was 4. It was in Washington state that she did her part for the war effort during World War II.

In addition to being a member of DAR, Sunde stays active in numerous other areas of her community. Her “youthful secret” could be attributed to her “beautiful, positive outlook on life.”

“These days Lucille is quite active in many civic organizations in the Meadview area,” wrote DAR in a press release. “She is a very enthusiastic fundraising supporter for several philanthropic groups such as the Quail Club, involved in raising college scholarship funds for Mohave County High School graduates, as well as a ladies group making and donating quilts to the Veterans Hospital maternity ward in Phoenix.”