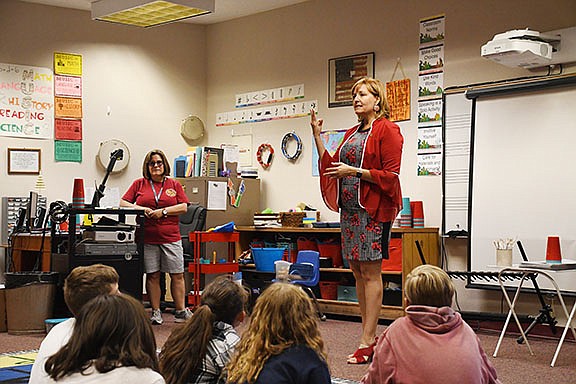 KINGMAN – Regina Cobb took a trip down memory lane to the schools her daughters once attended.

Cobb visited Manzanita Elementary School Monday as part of the “Take your Legislator to School” program initiated by Save Our Schools Arizona. Many representatives in the state visited schools in their district during the legislative session.

She was accompanied by Lindsay Wolsey, principal and Susan Collins, general music teacher.

“The purpose of the visit was for Rep. Cobb to gain first-hand knowledge of the successes and struggles that schools face in her district, and Manzanita specifically,” Collins said. “We know that the best way for our elected officials to advocate for the needs of our public schools is for them to know firsthand what those needs are.”

Cobb went through various areas of the school like the newly installed playground, cafeteria/gym, peeked into some classrooms and saw a lot of familiar faces. She was able to observe one of Collins third grade music classes where the student learned a cup song. 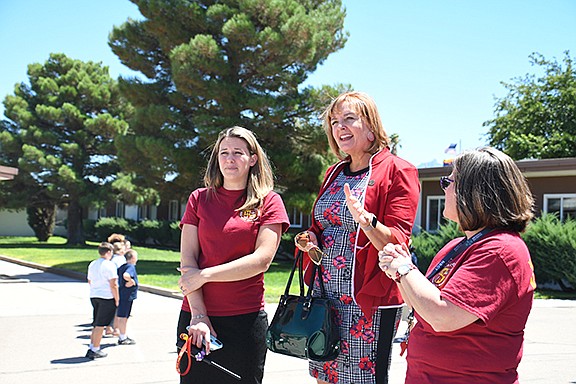 Later she had a question and answer session with fifth-grade students. Students asked various questions, including about her job as a representative.

“My favorite part was the question and answer part with the fifth-graders,” Cobb said. “You just never know what they’ll come up with.”

She said she also enjoyed seeing some of the staff that had been there when her daughters attended.

Teachers and staff had the opportunity to visit with Cobb at the end of the day. A few teachers brought up a few issues with the air conditioning system.

When asked how the visit would inform decisions that would improve the future of education in Arizona, Cobb said visiting the schools reinforced issues that have been going on with the Arizona School Facilities Board.

She hopes to visit more schools in her district. This year she has visited a school in Mohave Valley and Manzanita. Last year she visited about 10 schools.