Mohave County Fair entertainment offers ‘Something for everyone’ 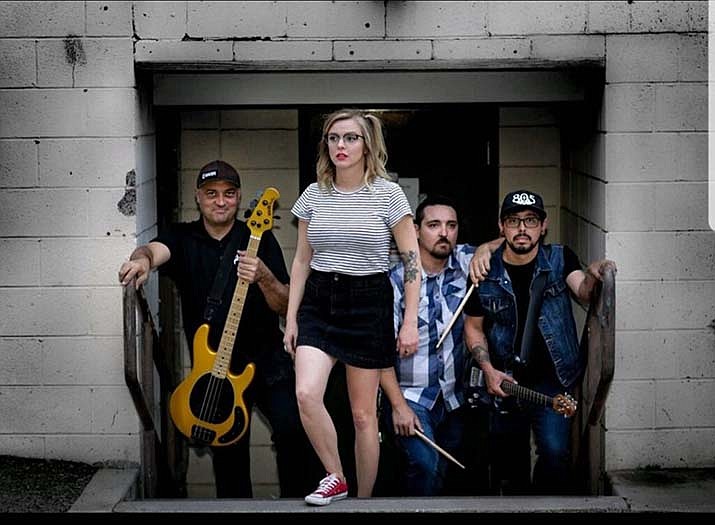 KINGMAN – The entertainment lineup for the Mohave County Fair has been announced, and Fairgrounds Manager Tim Woods says there’s something for everyone to enjoy.

This year’s Mohave County Fair will run from Sept. 12-15, and is set to open with the musical contributions of local high school marching bands. They will play an assortment of numbers for the fair’s opening ceremony to begin at 10 a.m. Thursday, Sept. 12.

“Karen Quest is a Western entertainer,” Woods explained. “She does rope tricks, bullwhips, all kinds of fun stuff like that.”

Brandy Profitt of All Starz Academy of Gymnastics and Dance will host the Miss Mohave County Fair Beauty Pageant from 5–7 p.m.

Thursday’s entertainment concludes with a performance by Nashville Express, who will play old-school rock and roll as well as country music from 7–10 p.m.

The day will again begin at 10 a.m. with marching band performances, this time featuring high schools from Bullhead and Lake Havasu cities.

Breana Paine and her band will perform country and western music starting at 6 p.m.

“She does an excellent job,” Woods said. “She’s been doing the Andy Devine Days Rodeo for the past couple of years. She plays in Laughlin, she’s played a few times in Las Vegas. She’s very good.”

The event’s headliner, Too Slim & the Taildraggers, will begin performing rhythm and blues at 9 p.m. Woods said the band spends a significant amount of time in places such as New Orleans, Memphis and Chicago.

The morning begins with another performance by Craw Daddy O’s at 10 a.m. Country artist Chris Heers and his band are next at 1 p.m. Littletown will grace the stage once more at 4:30 p.m.

The Swillers, a local band with “quite a following” according to Woods, will play classic rock for around three hours starting at 7:15 p.m.

Cowboy church kicks off Sunday’s activities at 10 a.m., and will be followed with a performance by Sherry Cullison. Students from Fusion Dance Studio will display tumbling routines and more at 1 p.m. Closing the Mohave County Fair Sunday afternoon is classic-rock band Old Skool, which will be on stage from 2:30–5 p.m.

There will also be strolling entertainment throughout the course of the fair. That includes a guitarist, magician, folks on stilts and tumblers courtesy of All Starz Academy of Gymnastics and Dance.