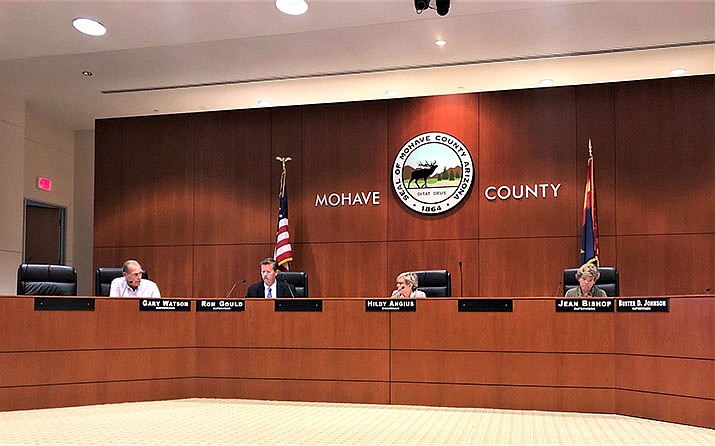 KINGMAN – The discussion continues on racially charged comments made by Planning and Zoning Commissioner LaJuana Gillette, and statements made by the man who appointed her that some believe were homophobic.

Gillette wrote on Facebook about the U.S. getting “browner and browner” and declared it a Christian nation. District 5 Supervisor Ron Gould told The Daily Miner he believes being gay is sinful and unhealthy, and that the life expectancy of a gay man is around 42 years old.

The call for public at the Monday Mohave County Board of Supervisors meeting was dominated by residents making comments on both incidents.

“I read what Mrs. Gillette wrote and I don’t think there is anything racist or offensive in saying immigrants should assimilate,” said Jennifer Esposito from Kingman. She pointed out that commissioners are volunteers who should be cheered.

“The fact that you want to shut down the dialogue of someone outside of their position, their volunteer position, based on what you perceive they might do because that offends you, is a very Marxist attitude to take.”

Eight speakers spoke against Gillette and Gould’s comments, expressing their regret that other supervisors did not do anything about the matter, even though Supervisor Jean Bishop from District 4 promised to introduce it as a future agenda item. They called the silence of the county an embarrassment and demanded immediate action.

Taylor Blake, vice president at The And Then Initiative, Inc. and a Kingman resident, called Gould’s quasi-scientific observations on longevity of gay men a direct threat to the safety of the local LGBT community.

“As for you, Ron, we’ll see you during election,” he said.

Supervisor Gould declined the opportunity to respond to criticism.