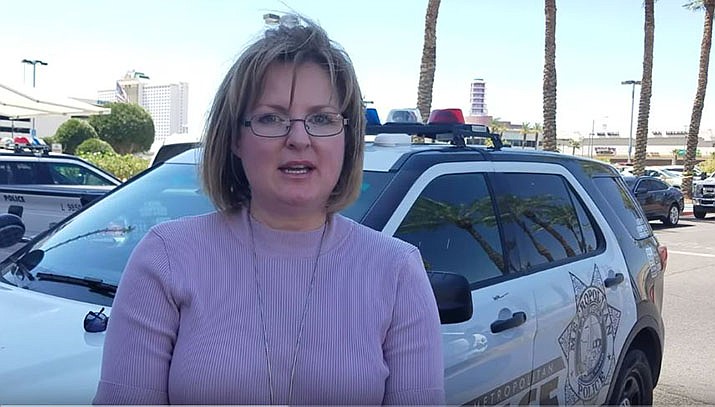 KINGMAN – The now-deceased subject who allegedly tried to rob the casino cage at Aquarius Casino in Laughlin Monday, Aug. 19 may have first tested the waters at the Golden Nugget Casino, according to Captain Nicole Splinter of the Las Vegas Metropolitan Police Department.

“Just before 1 (a.m.) this morning (Monday, Aug. 19), a male subject entered the Golden Nugget casino in Laughlin, walked up to the cashier’s cage, put a firearm on the counter and demanded money,” the captain said in providing an initial scene briefing. “The cashier refused, and the subject consequently left.”

The security officer was not injured by the shot. LVMPD officers then responded to the scene after receiving a call regarding the incident. They arrived to find the subject getting into his vehicle, and proceeded to contain the vehicle in the parking lot.

“For several hours, negotiations continued and multiple efforts were made to peacefully resolve the situation,” she said. “Just after 7 (a.m.) this morning (Monday, Aug. 19), the suspect exited the vehicle with the firearm in hand, raising it toward our officers. Officers fired upon the suspect, he was struck, and was pronounced deceased at the scene.”

Additional information is expected via a media brief complete with additional evidence and body camera video within the next few days.