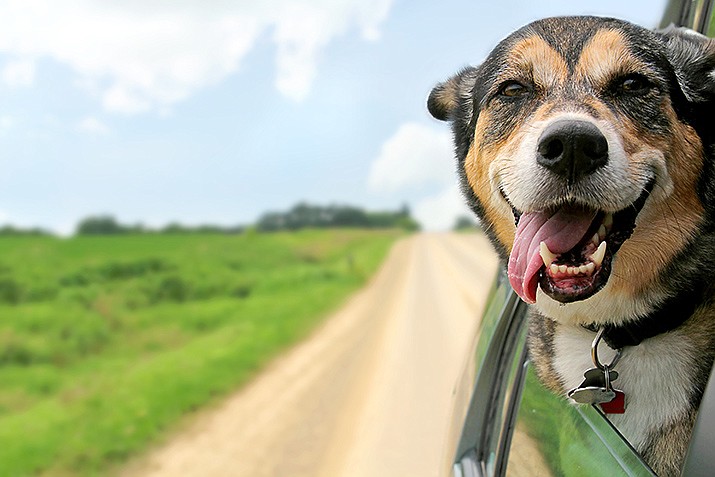 Mohave County could be getting a new animal shelter soon, and county supervisors have chosen to build it adjacent the county’s library facility in Kingman.

It’s been a project the county has pursued as early as 2007, when the Mohave County Sheriff’s Office first requested a needs assessment study of a new shelter. Now the Mohave County Board of Supervisors has taken their first step in replacing a decades-old facility once operated on the county’s behalf by the Western Arizona Humane Society.

The proposed future home of Mohave County’s animal shelter will lie on 3.5 acres of land in Kingman, valued at about $3 million. According to county records, the location is less than 15 miles from where most surrendered animals and service calls originate in Mohave County. It’s accessible from Interstate 40, with clear visibility to thousands of passing motorists per day.

The county’s existing animal shelter receives an average of 600 dogs per year, according to Kingman Animal Control. Supervisors considered an alternative proposal this month to invest in renovating the existing shelter, but supervisors declined to do so Monday morning after consulting with Mohave County Manager Mike Hendrix. The county will now pursue options for building the new shelter at a cost of less than $2 million.

Supervisor Gary Watson voted in favor of the new shelter’s building site, near Kingman’s library, over a larger lot that was also considered near Mohave County’s government complex. “It would be a tremendous infrastructure cost if we chose the lot near the Mohave County Armory,” Watson said. “The location near the library is near the exact center of the county – if we were to build the animal control facility there, there would be a great deal of retail possibility, with greater exposure and greater possibility for people to come in and adopt animals if we chose that location.”

For a new county animal shelter, however, the city of Kingman could see an increase in fees from the county to operate it.

“I’ve spoken to the city manager of Kingman,” said Mohave County Manager Mike Hendrix. “There will be a substantial increase in fees for Mohave County’s burden of that operation. Bullhead City might be interested in bringing their animals to us, and Lake Havasu City might eventually be interested in bringing their animals to us. Right now, we’re trying to get our arms wrapped around how much it will cost to operate the shelter and how to get donations. We’re putting figures together for what we would need to charge Kingman.”

Lake Havasu City has an alternative to Mohave County’s animal shelter through the Western Arizona Humane Society, and Bullhead City has a city-controlled facility. The Mohave County shelter, however, is Kingman’s only option.

“We currently charge them,” Hendrix said. “With that being said, Kingman has been getting a good deal for a long, long time.”

Supervisors Buster Johnson and Ron Gould, who represent Lake Havasu City, voted against the new animal shelter’s proposed site. Building the shelter on one of Mohave County’s more expensive pieces of land may not have been the best use of the county’s resources, according to Gould.

“It would have been better to have all of the county buildings close together,” Gould said. “I liked the (armory) property better. The library site is valued at about $3 million.”

According to Johnson, a replacement for Mohave County’s existing shelter is needed, but not necessarily at the expense of a piece of “prime county property.”

“I’m disappointed the other supervisors chose one of our highest-valued pieces of land,” Johnson said. “Out of the two locations, one was a high-dollar property, and the other was a regular-priced lot. It’s not the best use for it. And when they decided to try spending less than $2 million for the building … that’s not how bidding projects out works. We need to build to our needs, not to what we can afford. We’re doing a disservice to taxpayers if we’re not giving the best service to the taxpayers.”