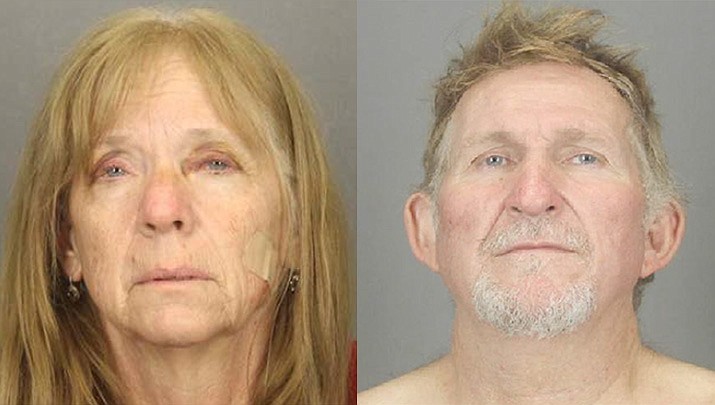 KINGMAN - The Tucson Police Department has received information that Tucson homicide suspects Blane Barksdale, 56 and Susan Barksdale, 59 have escaped custody while being extradited from Henrietta, New York to Pima County.

Blane has numerous tattoos on his arms and hands. The Barksdales’ direction of travel is currently unknown. Investigators have information that they are possibly traveling through Arizona. They were last seen driving a red GMC Sierra pickup truck (license plate AZ: 127XTY) with damage to the front passenger side and rear bumper. Blane and Susan Barksdale are believed to be armed and dangerous and should not be approached, police said.

The FBI, U.S. Marshals Office and Apache County Sheriff’s Office are assisting in the investigation.

Anyone with information on their whereabouts is urged to call 911 or 88-CRIME.