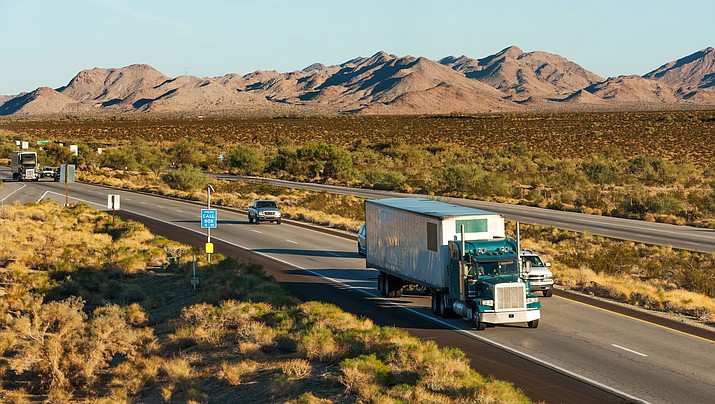 The Arizona Department of Transportation and contractors will not schedule any construction or maintenance-related closures along state highways between Friday afternoon and late Monday, Sept. 2. Motorists should still plan ahead and expect heavy traffic during peak travel times. (File photo)

KINGMAN – Arizona drivers can look ahead to open highways and no scheduled construction closures over Labor Day weekend. The Arizona Department of Transportation and contractors will not schedule any construction or maintenance-related closures along state highways between Friday afternoon and late Monday, Sept. 2.

Motorists should still plan ahead and expect heavy traffic during peak travel times on highways to and from popular destinations, including the state’s high country and California beaches.

ADOT also will work with the Arizona Department of Public Safety and local first responders in clearing crashes, disabled vehicles or other incidents that can cause travel delays.

Drivers have the most important role in keeping highways safe at all times, including holiday weekends. Motorists should focus on safe driving behavior, including using seat belts, obeying speed limits, avoiding distractions and not allowing impaired people to get behind the wheel. Being prepared for changing weather conditions, including blowing dust and potentially heavy rain, is another important safety measure as the summer travel season winds down.

ADOT will position personnel and equipment in areas along heavily traveled highways during peak times this weekend, including I-17 and State Route 87 north of the Phoenix area. Those crews will be prepared to assist AZDPS troopers and local emergency responders in clearing travel lanes if crashes or other incidents occur.

While no weekend closures are scheduled along state highways during the Labor Day period, motorists should be prepared to slow down and merge safely in existing improvement project work zones.

Real-time highway conditions are available on ADOT’s Arizona Traveler Information site at az511.gov or by calling 511.

Updates also are provided through ADOT’s Twitter feed, @ArizonaDOT. When a freeway closure or other major traffic event occurs, ADOT’s free app – available at ADOTAlerts.com – will send critical information directly to app users in affected areas where possible, in advance of alternate routes.