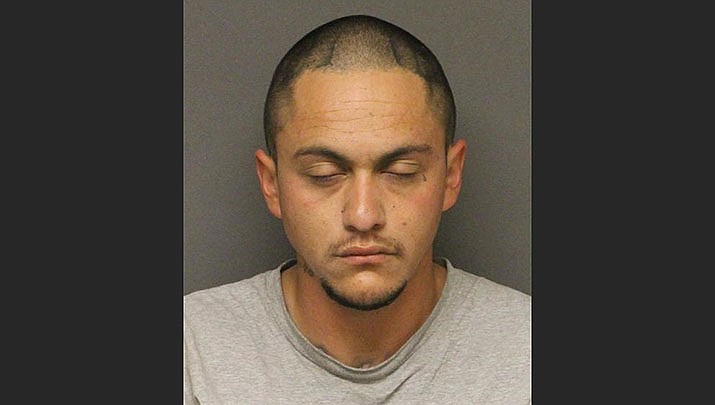 KINGMAN – Alejandro Antonio Amaro, 30, of Kingman, was arrested by Kingman Police Department officers Friday, Nov. 29 after a report of a man asleep in his vehicle reportedly led to the discovery of more than 16 grams of suspected methamphetamine.

Officers responded to a report of a man asleep behind the wheel of a white Chevrolet truck in the intersection of Andy Devine and Airway avenues at about 6:15 a.m. Friday. Amaro was asleep when they arrived, KPD reports.

KPD also reports that during the investigation, Amaro was found to be in possession of more than 16 grams of suspected methamphetamine, a stolen firearm, drug paraphernalia and several cellphones.

He was also determined to be a prohibited possessor of firearms, and based on the evidence allegedly located on Amaro and in his vehicle, officers believe he was “actively involved in the sale of dangerous drugs.”