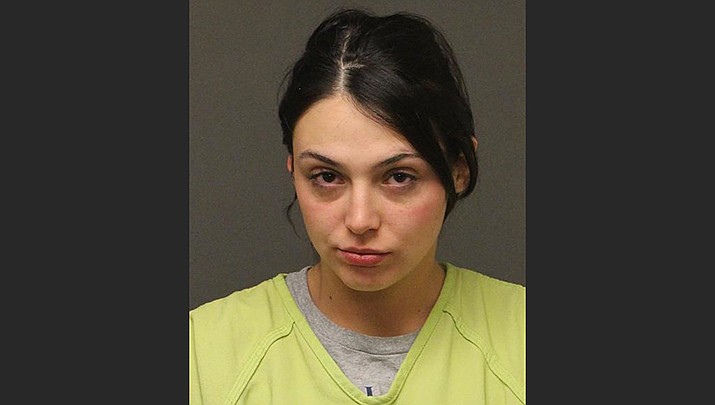 At about 5:45 p.m. Nov. 25, deputies were patrolling when they heard screeching tires. The deputies looked toward the intersection of Castlerock Road and Mallard Drive and observed a black sedan attempting to turn onto Mallard Drive when it reportedly lost control and collided with the fence on the corner property.

As deputies approached a male subject exited the passenger side door and fled on foot. Deputies approached the vehicle, which according to law enforcement was trying to drive away from the scene, but was stopped because the tires were tangled in the wire fence cables.

The deputy observed a female subject in the driver’s seat who was attempting to exit the vehicle, but a pole was blocking the driver’s side door from opening. Deputies called for medical personnel to evaluate the female, who insisted she was fine and needed to leave.

Deputies identified the woman as Valenzuela, who was reportedly talking very fast and needed several attempts to give the deputy her date of birth. Deputies asked if she had been drinking, to which she allegedly advised she had been drinking for several hours. Valenzuela refused to conduct field sobriety tests and was detained.

A records check revealed a suspended driver’s license. A breath test was conducted, which allegedly resulted in a blood alcohol content reading of .168%.

Valenzuela was arrested on suspicion of four counts of aggravated DUI and one count of criminal damage, all felonies. She was booked into the Mohave County Adult Detention Facility.